The future of the young nation’s peace agreement, signed last year to end a five-year civil war, is unclear.

Amid a humanitarian catastrophe the parties to the internecine conflict in South Sudan surprised many international observers when they signed a permanent ceasefire agreement in Addis Ababa, Ethiopia on June 27. Whether this ceasefire will hold is anyone’s guess. What we do know is the humanitarian crisis continues. 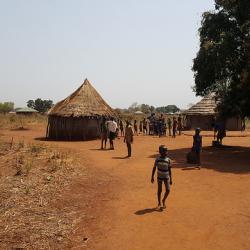 Maryknoll Father Tom Tiscornia in South Sudan reflects on the need to engage in new beginnings and challenges as one community and with trust in God's goodness. 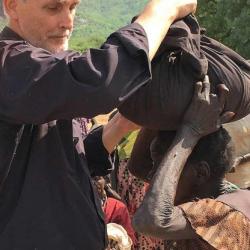 Maryknoll Father John Barth reflects on the light of Jesus shining in all corners of the world, even in refugee settlement camps for South Sudanese people.

Pope Francis designated the First Friday of Lent, February 23, to be a day of prayer and fasting for peace for South Sudan and the Democratic Republic of the Congo.

Famine and a refugee crisis grow while violent conflict continues.

Date:
Jul 9, 2017
Location:
Day of Independence
South Sudan gained independence from Sudan on July 9, 2011 as the outcome of a 2005 peace agreement that ended Africa's longest-running civil war. Independence did not bring conflict in South Sudan to an end. Currently, more than 3.5 million people have been displaced and 7.5 million need emergency aid as a result of South Sudan’s three-year-old civil conflict. Oil revenues have declined, farming and business activities have halted in many areas, and inflation has soared.

For the first time in six years, the United Nations has declared that a situation of famine exists on the continent of Africa. 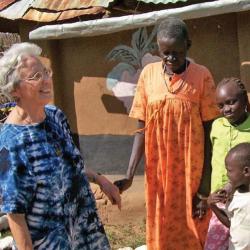 Maryknoll Sister Theresa Baldini, who was on mission in South Sudan, reflects on the biblical call to forgiveness and reconciliation for justice to be restored in our relationships.

Some South Sudanese believe the long journey to peace and reconciliation has already begun.

The following reflection was written in early April by Br. Bill Firman, an Australian De La Salle brother and friend of Maryknoll who works in Juba.

Kelly Kundrat, an intern with the Maryknoll Office for Global Concerns, attended the third annual Civil Society Forum on Sudan and South Sudan, held in Addis Ababa, Ethiopia in January 2014. Following is her report from this gathering.

The Catholic bishops of Sudan and South Sudan met from January 21-31, 2014 in Juba, and issued this joint pastoral exhortation on their countries' recent violent conflict. 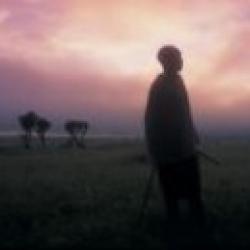 Fr. Jim Noonan, who spent much of his missionary life in Asia, now serves God's people in South Sudan.