U.S. Catholic Organizations Raise Our Voices for Democracy in Myanmar 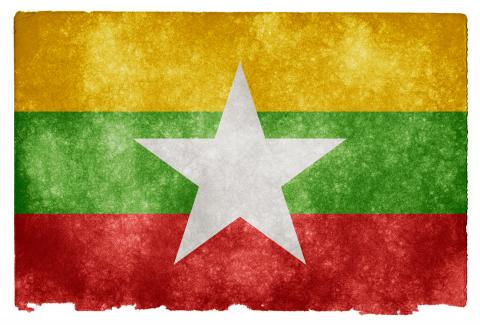 The Maryknoll Office for Global Concerns joined other Catholic organizations in issuing the following statement to President Joe Biden and Congress, urging them to increase targeted sanctions and support a global arms embargo against military leaders in Myanmar.

Download the statement as a PDF
Read the press statement

We, the undersigned national Catholic organizations in the United States, stand in solidarity with the people of Myanmar in their fervent hope for democracy and peace. We call on President Joe Biden and Congress to hear their cry and issue targeted sanctions against businesses owned by the military and work with other countries to impose a global arms embargo to support the nonviolent resistance to the military coup.

Since military leaders orchestrated a coup on February 1, hundreds of thousands of peaceful protesters have taken to the streets of Myanmar in one of the largest nonviolent movements for democracy in the world. The military has responded with oppression and violence, arresting hundreds and wounding and killing many. Catholic men and women religious, priests, seminarians and laypeople have joined the demonstrations to pray for peace and call on the military to stop the violence, return to dialogue, and commit to solving problems peacefully.

“Do not let the hopes of the people be suffocated by violence!”

Pope Francis, speaking at the end of his general audience March 3, appealed directly to Myanmar's military authorities to ensure that “dialogue prevails over repression and harmony over discord.” He also appealed to the international community “to see to it that the hopes of the people of Myanmar are not suffocated by violence.”

Cardinal Charles Bo of Yangon, President of the Federation of Asian Bishops’ Conferences, along with eighteen Catholic bishops in Myanmar, appealed to the military in a public message on Feb. 21, condemning the violence, urging restraint, and calling for a return to dialogue to resolve the crisis:

The sad and shocking recent events have brought huge sorrow to our nation. The heart-rending scenes of youth dying in the streets wound the conscience of a nation. Let not its sacred ground be soaked in fraternal blood. The sadness of parents burying their children has to stop. Mothers’ tears are never a blessing to any nation … Today the world weeps with us, shattered by the fragmentation of this nation. Our youth deserve better.

We call on President Biden and Congress to take action.

In solidarity, we are grateful for President Biden’s orders to offer Temporary Protected Status for people from Myanmar and to issue export controls and individual targeted sanctions against Min Aung Hlaing, his children, and his top generals who personally profit from the coup. We are also grateful for the resolution condemning the military coup introduced by Sen. Ben Cardin and Sen. Todd Young. But the violence by the military continues.

As Catholic sisters, brothers, priests and laity in the United States, we join our voices as well to the Sisters of the Good Shepherd, who have members in Myanmar:

“We, with the world, are watching and we are in solidarity with the people. We call on the Biden Administration to work with the United Nations … and other governments to pressure the military generals to relinquish power and return it rightly to the people.”

We respectively ask the Biden administration and Congress to apply more targeted sanctions on the vast economic interests of the military, including the Myanmar Economic Corporation (MEC) and the Myanmar Economic Holding Limited (MEHL), and to work with other countries to impose a global arms embargo, as two means of supporting the nonviolent resistance to the military coup.

We invite President Biden and Members of Congress to join us in continuing to stand in solidarity with the people of Myanmar, and pray for an end to the violence and for the realization of their hopes and dreams for genuine democracy and peace. Inspired by the courageous, nonviolent witness for peace by the Sisters of the Good Shepherd in Myanmar, we repeat the words of their foundress: “If you do not speak out, if you do not sound the alarm when it is needed, you will be justly convicted by your silence.”

Columban Center for Advocacy and Outreach
Congregation of Our Lady of Charity of the Good Shepherd, U.S. Provinces
Franciscan Action Network
JPIC Office at the Stuart Center
Leadership Conference of Women Religious
Maryknoll Office for Global Concerns
National Advocacy Center of the Sisters of the Good Shepherd
Pax Christi USA