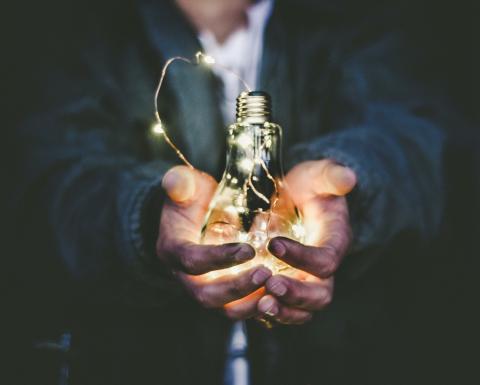 New reports highlight problems with the way Environmental, Social, and Governance investing (ESG) is carried out today. The following article was published in the January-February 2022 issue of NewsNotes.

Since the 1700s, when Quakers refused to invest in companies involved in the slave trade, an investment strategy that seeks to create a better society, often called socially responsible investing (SRI), has slowly evolved. What began as a niche market, mostly for faith-based investors, has become a major industry, now commonly referred to as Environmental, Social, and Governance (ESG) investing.

Most socially responsible investment funds use ESG scores created by independent evaluating groups, like MSCI ESG, Sustainalytics, and RepRisk. But studies have shown that these ratings agencies have serious shortcomings due to a lack of quality data, clear standards, and an overemphasis on corporate profit.

Until recently, most information about a corporation’s actions in the ESG fields came from the corporations themselves, with little standardization. This led some experts to conclude that ESG scores were based less on concrete practices and more on the quality of a company’s public relations department. Since the launch of the Global Reporting Initiative in 2000, there has been an effort to standardize measurement of corporate social impact.

However, there is still no clear standard of what ESG data should be measured nor how corporations should be judged. With each evaluating agency using its own data points and criteria, ratings vary widely.

A study from the MIT Sloan School of Management showed that “ESG ratings from different providers disagree substantially.” Another study showed that, in the same year, RepRisk gave a “below average” score to Bank of America, while Sustainalytics graded the bank as “well above average” even though both agencies factored in the same issues.

Experts say that the most fundamental problem with ESG ratings is their growing emphasis on corporate interests over social responsibility. As New York University Stern School of Business professor Hans Taparia explains, “Contrary to what many investors think, most ratings don't have anything to do with actual corporate responsibility as it relates to ESG factors. Instead, what they measure is the degree to which a company’s economic value is at risk due to ESG factors.”

Bloomberg Businessweek recently published a critical investigation of MSCI, the largest and most influential ESG rating agency. It examined the agency’s logic by looking at the details of 155 ratings upgrades in 2020.

According to the investigation, a chemical company receiving a better “water stress” score “doesn’t involve measuring the company’s impact on the water supplies of the communities where it makes chemicals. Rather, it measures whether the communities have enough water to sustain their factories.”

McDonald’s Corporation received a higher environmental score despite increasing its carbon emissions by 7% over four years. Why was that? Because “as long as regulations aimed at mitigating climate change pose no threat to the company’s bottom line, MSCI deems emissions irrelevant.”

MSCI judged that the issue of emissions “does not present significant risks or opportunities to the company and with the assigned weight of 0% does not contribute to the overall ESG rating.” Yet, because McDonald’s installed more recycling bins in their restaurants and announced a policy to reduce plastic use, in response to French and British laws requiring them to do so, MSCI gave the corporation a 7 out of 10 on its “E” score.

While E is the first letter in ESG, environmental is the factor least used by MSCI, with governance being the most frequently cited factor (42%), followed by social factors (32%). In more than half of the ratings upgrades, simply adopting a policy related to ethics and corporate behavior, including “bans on things that are already crimes, such as money laundering and bribery” was enough for an upgrade.

Regulatory agencies and investors are looking for ways to improve the reliability and impact of ESG ratings. The U.S. Securities and Exchange Commission announced in March 2021 the creation of a Climate and ESG Task Force to “develop initiatives to proactively identify ESG-related misconduct.”

A coalition of investors, including the Maryknoll Sisters, is pursuing a different tactic, using ESG data to internally pressure corporations to make changes to benefit the planet and long-term economic value. They recently had some success combining their votes at an ExxonMobil shareholders meeting to elect at least two environmentalists to the board of directors.

But with these ongoing concerns, investors should take ESG advice with a grain of salt and, as always, let the buyer beware.