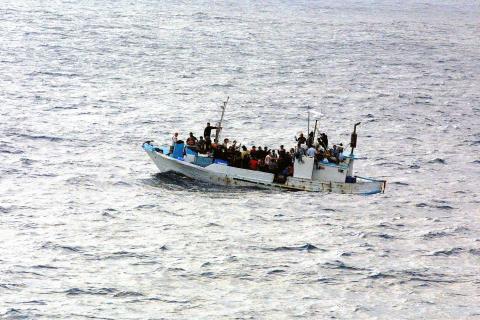 Amazon Synod: Extractive Industries: The Special Assembly of the Synod of Bishops for the Pan-Amazonian Region is scheduled to take place in Rome from October 6-27 on the theme, “Amazonia: new paths for the Church and for an integral ecology.” Extractive industries are a probable major topic at the meeting.

Catholic Campaign to End Child Detention: Dan Moriarty of the Maryknoll Office for Global Concerns reflects on his decision to join more than 70 Catholic leaders in a prayer vigil and in nonviolent civil disobedience at the U.S. Capitol on July 18 in an effort to pressure government leaders to end the immoral practice of detaining immigrant children.

Immigration: New “Public Charge” Rule:The Maryknoll Office for Global Concerns stands against the final version of the “public charge” rule which will bar those who have received some forms of government assistance from gaining legal immigration status.

Asylum Policy and Our Nation’s Values: Maryknoll Lay Missioner Heidi Cerneka, an immigration attorney in El Paso, speaks out against the recent changes to U.S. asylum policy on the southern border.

Control of Malaria: The Case of Uganda: The prevention and control of malaria remains a serious problem in Uganda and in nearby countries.

Liberating Peace: Sr. Marvie Misolas, M.M., considers the limitations and dangers of the concept of “liberal peace,” and reflects on the notion of “liberating peace.”

Resources: Find links to bulletins on the Synod on the Amazon, information on the youth-led climate strike in September, updates on inspiring actions against climate change, and much more.