Brazil: Behind the Latest Prison Massacre 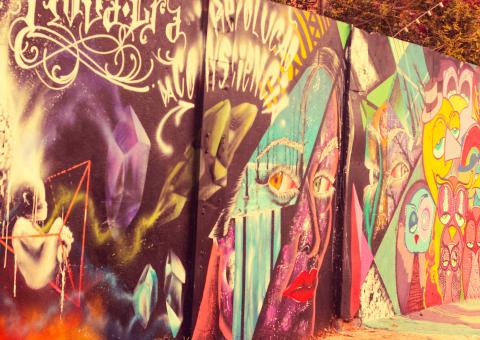 Maryknoll Lay Missioner Joanne Blaney, who works to promote restorative justice in São Paulo, Brazil, explains how a recent prison massacre in Brazil reflects the grave problems in the justice system.  The following article appeared in the September-October 2019 issue of NewsNotes.

The second largest prison massacre in Brazilian history occurred in late July 2019 at the Altamira prison in the northeastern state of Pará. Fifty-eight inmates were brutally killed in the massacre, 16 of whom were beheaded.

Violence and torture in Brazilian prisons have been consistently denounced by human rights organizations. The prison in Altamira was notorious for overcrowding, lack of decent food and potable water, and mistreatment of inmates.  Such inhumane conditions lead to organized factions within the prisons who fight for control. According to Italo Barbosa Lima Siqueira, a sociologist at the Federal University of Amazonas, the Brazilian prison system is a mechanism to generate and keep poor people in misery. The system increases opportunity for the recruitment of criminal factions across the country. Inmates are “baptized” into a prison faction so that they – and many times, their families – have “support and protection” in order to survive the prison system.

Government authorities blame the rival prison factions as the cause of these massacres. However, churches and human right groups, especially the Conference of Bishops’ National Prison Pastoral, are familiar with the daily lives of inmates and indicate that these massacres are the result of horrible conditions, including physical and psychological torture and violence, as well as poor training and very low salaries of prison staff. As the government privatizes prisons and cuts costs, the quality of staff in prisons deteriorates.

The privatization of some prisons has only exacerbated this situation. Brazil has the third largest number of people in prison in the world. According to Brazil’s National Council of Justice, in 2019, there were 816,631 people in prison. Prosecutors and judges tend to favor prison sentences over rehabilitative programs for first time nonviolent offenders. Brazil spends much more on prisons and policing than community development, education and other preventative strategies. Nationwide, the recidivism rate is roughly 70 percent.

According to Human Rights Watch, Brazilian prisons are notoriously deadly. Nearly 46 percent of individuals in prison are awaiting a trial and are placed within the populations of already convicted prisoners.  Pretrial detention and worsening conditions have contributed to increased numbers of inmates involved in factions, especially as drug cartels take advantage of the chaos. Brazil’s largest organized faction, the First Capital Command, was formed within the prisons of São Paulo to work against torture and inhumane conditions. Today they and the Red Command (originally from Rio de Janeiro) control much of the drug trade within the country and in other South American countries, and their trade networks form a route to Europe and some African countries.

According to government figures, the prison situation in the state of Pará, where the latest massacre occurred, is particularly grave. Over 23 years the inmate population grew from 1,153 to 16,505. At the time it was built the state prisons was able to house only 7,950 inmates.

The 2019 Atlas of Violence indicates that Altamira is the second most violent city in Brazil, with an index of 100 deaths per 100,000 inhabitants. The social and economic profile of the city is comparable to that of the poorest cities in the world.  Many people have little access to education, health care or work.

The online journal Brasil de Fato explains that the social problems in Altamira are partly the result of the construction of a hydroelectric dam in 2015, which brought many people to the city for work and then left them unemployed after the construction finished. The dam has aggravated existing problems of indigenous and local people, contributing to lack of housing, inequality, trafficking, and a general increase in conflict and homicides. The social problems within the prison are reflective of the growing problems in the community outside, and vice versa.

In the Altamira prison, most of the families of inmates bring food and hygiene supplies to make up for the lack of supplies in the prison. According to the pastoral workers, many families are afraid to denounce the conditions because of fear. The families indicate that violence has been very common in the prison and there have been continual complaints about the inhumane conditions in the past, with little improvement.

The government’s response has been to build more prisons, with another large one being built by Consórcio Norte Energia this year.

The degrading conditions in prisons demand that urgent changes be made before another massacre takes place.  The criminalization of many poor and marginalized people, exploitation, and the inhumane conditions and violence in the prison system call out for justice.

Photo of Brazilian street art available in the public domain.