Peace, War, and Sanction in Afghanistan 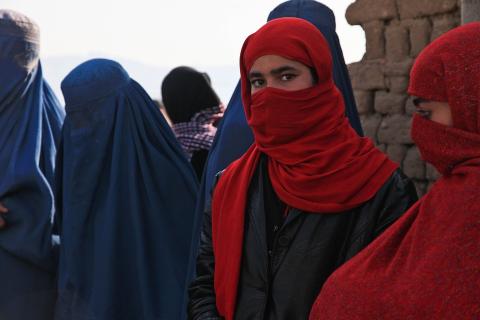 Nearly two months after the U.S. withdrawal from Afghanistan, Afghans and peacebuilding experts are watching closely to see how the United States might continue to employ violence in the country via two means: economic sanctions that hinder desperately needed humanitarian aid, and “over the horizon” armed drone strikes. This article was published in the November-December 2021 issue of NewsNotes.

Meanwhile, billions of dollars belonging to the Afghan people were frozen in overseas Afghan government accounts after the Taliban took over the country in August. Civil society groups are urging that funds from these accounts be released, with adequate oversight to ensure they are used for humanitarian aid and not to support the Taliban.

Organizations on the ground have warned that U.S. sanctions on the Taliban are already having a chilling effect on humanitarian efforts, as financial institutions and non-governmental organizations alike fear running afoul of U.S. prohibitions. In an October 26 panel, “Prioritizing Afghan Voices: How the International Community Can Assist Afghanistan,” sponsored by the University of Notre Dame’s Kroc Institute of International Peace Studies, Rini Amiri of the NYU Center on International Cooperation put the resulting dilemma in stark terms: “There is no moral high ground in starving the Afghan population.”

Of central concern for groups working in Afghanistan is the U.S. “material support” law forbidding any form of support or collaboration with terrorist groups or their members, including the Taliban. The Taliban’s takeover of Afghanistan makes it prohibitively difficult to operate effectively in the country without inadvertently contravening such laws. This is not only true for aid and development work, but for peacebuilding.

Even as the United States government dialogues with the Taliban, non-state peacebuilders seeking to understand or strengthen more moderate forces within the Taliban risk violating material support laws by doing so. According to a joint report from the Alliance for Peacebuilding and the Charity and Security Network, even meeting and sharing a cup of tea with a member of the Taliban or a former member of a terrorist group – key partners for peacebuilders in helping the country transition from war to peacetime – could contravene the law.

Peacebuilding is crucial, not only to heal the country from decades of war and protect women and ethnic and religious minorities targeted by the Taliban, but to avoid further armed conflict. Experts warn that international terrorism will again operate from Afghan soil. Afghan Ambassador to the United Nations Ghulam Isaczai told the Notre Dame panel that Al Qaeda currently operates in 15 Afghan provinces.  The Taliban has a history of protecting Al Qaeda, but other groups, such as the Daesh/ISIS group that killed over 170 Afghans and 13 members of the US military in an August 26 bombing in Kabul, oppose the Taliban, threatening ongoing internal conflict.

Meanwhile, the White House and Pentagon have repeatedly declared that the United States will maintain an “over-the-horizon” capability, meaning the ability to launch air attacks, primarily by armed drone, into Afghan territory from bases or ships outside the country. Already, during the pullout, the U.S. responded to the ISIS bombing in Kabul with a drone attack. While officials initially reported that an ISIS target had been hit and an imminent second bombing had been thwarted, a  New York Times investigation soon led the Pentagon to admit it had hit the wrong target: an Afghan employee of a U.S.-based aid organization, with a car full of children and groceries. Ten people, including seven children, were killed.

The Kabul strike, like so many other drone attacks in which civilians have been killed, happened with U.S. troops, CIA, and other personnel on the ground. Without such human intelligence inside Afghanistan, over-the-horizon strikes are even more likely to result in civilian deaths, creating anger and resentment, driving more Afghans to join terrorist groups, and further destabilizing the country.

As long as drone strikes continue and material support laws and other U.S. sanctions hamper aid and peacebuilding efforts, the United States’ longest war is still not over. It is time to listen to Afghans, and invest in peace.

Faith in Action: Start a Sponsorship Circle to support newly arriving Afghans as they settle into their U.S. communities. This new initiative will allow community organizations and groups of five or more individuals to come together to support our new Afghan neighbors. https://www.sponsorcircles.org/