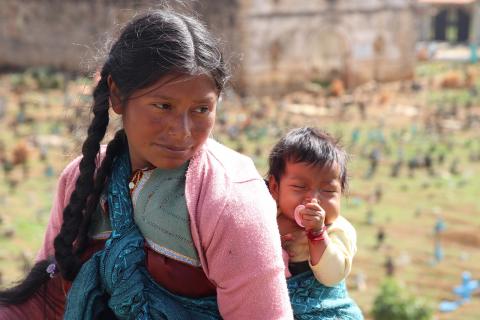 Immigration: Ongoing family separation, asylum crisis – Since early May, Maryknoll missioners along the U.S.-Mexico border and the Maryknoll Office for Global Concerns in Washington, D.C. have taken action to end family separation and protect the rights of asylum seekers.

Life under 'zero tolerance' – Maryknoll Sister Ann Hayden reports on the crisis of U.S immigration policy from Peñitas, a small, rural border town in deep south Texas, fourteen miles west of the city of McAllen, site of the largest immigration processing center in the United States where currently thousands of undocumented adults and immigrant children separated from their parents by U.S. Border Patrol are detained.

Palm oil: A growing problem – This article is the first in a three-part series examining problems with palm oil production.

Israel accused of war crimes in Gaza – Since March 30, Israeli forces have killed 118 Palestinians, including 14 children, and wounded 3,895 with live gunfire as protesters engaged in weekly demonstrations at the border fences separating Gaza and Israel.

South Sudan: Possible peace agreement – Amid a humanitarian catastrophe the parties to the internecine conflict in South Sudan surprised many international observers when they signed a permanent ceasefire agreement in Addis Ababa, Ethiopia on June 27. Whether this ceasefire will hold is anyone’s guess. What we do know is the humanitarian crisis continues.

Resources – Find fact sheets on asylum and family separation, a pastoral letter on elections in Zimbabwe, a news from Nicaragua, and much more.