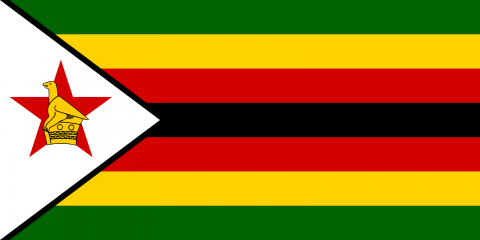 Maryknoll Sister Elizabeth “Claris” Zwareva writes about her homeland of Zimbabwe. Sr. Claris serves as Maryknoll’s representative at the United Nations where the Maryknoll Sisters and the Maryknoll Fathers & Brothers have consultative status with the Economic and Social Council (ECOSOC). The following article was published in the January-February 2018 issue of NewsNotes.

On November 18 tens of thousands of Zimbabweans rallied in the streets of the capital city alongside soldiers mounted on tanks, calling for Robert Mugabe, the only president they had known since independence in 1980, to step down. Just as people danced in 1980 to embrace him as their liberator from white rule, in the same way, they danced now for liberation from his nearly forty-year rule after the military had placed him under house arrest.

Those of us for whom memories of fear, uncertainty, and the pain of living with violence, bloodshed, and death are still fresh, do not wish to see those events repeated in our time.  The outcry for a “New Zimbabwe” and the subsequent resignation of Robert Mugabe on November 21 captured an electric moment that will be forever etched in the minds and hearts of the Zimbabwean people.

On the day the people of Zimbabwe took to the streets of Harare to demand that Mugabe resign, they stood under their multicolored flag, a symbol of national unity. It was a Kairos moment that erased political divisions as people’s aspirations and hopes united them as one.

They danced to move the one man whose departure they hoped would end the long lines at the banks where a shortage of currency sometimes forces people to return home empty-handed. University graduates whose diplomas so far only serve to decorate walls joined the rallies in the hope for jobs that would empower lifelong careers.

People, in general, cried out in hope that Zimbabwe will participate in and benefit from the development agenda offered by the United Nations. Stemming the brain drain that curtails the country’s development is the first step. This can only happen if the electric moment of November 18 leads to free and fair elections that guarantee peace and unity within the nation. For peace to come, no one must be left behind; absolutely no one.

The pictures of the massive crowds on the streets of Harare, with their voices and dances giving life to their hopes for freedom and prosperity, must become the images that guide the 2018 elections.  For the country to move forward, every Zimbabwean man, woman, and child must be valued as contributing citizens.

Hopefully, the new president, Emmerson Mnangagwa, and those who will be at the helm of new presidential elections will remember the cheers that welcomed Mnangagwa back from his brief exile. Emmerson Mnangagwa served as the first vice president of Zimbabwe from 2014 until his dismissal in early November, which prompted the military to take action against Mugabe.

The cheers of the people that spread through the streets of Harare where buried frustrations only weeks ago. Their joy over the possibility of change erupted like a volcano on November 18 and people spontaneously danced together in jubilation.

Like Dr. Martin Luther King, the people of Zimbabwe are crying out “I have a dream.” May no one erase that dream from the depths of their being! As thousands of Zimbabweans demonstrated peacefully on that day, may the elections remain peaceful as citizens throng to the polls in 2018 to make their voices heard.§

NOTE: Read more about the end of Robert Mugabe’s 37-year presidency in Zimbabwe in two articles by Maryknoll Sister Janice McLaughlin, in The Tablet at
http://bit.ly/2BRjNKs and in the Global Sisters Report at http://bit.ly/2kIbGIS .

Photo of the Zimbabwe flag. Evan Mawarire, a Baptist minister in Zimbabwe, unwittingly launched the country’s “This Flag” protest movement in April 2016 when he posted a video of himself on social media, wearing the  Zimbabwean flag draped around his neck and speaking about the need to overcome fear and to speak out against corruption, unemployment, and economic mismanagement. “This is our country. Only we can save it,” Mawarire announced, and the #ThisFlag hashtag and movement was born.