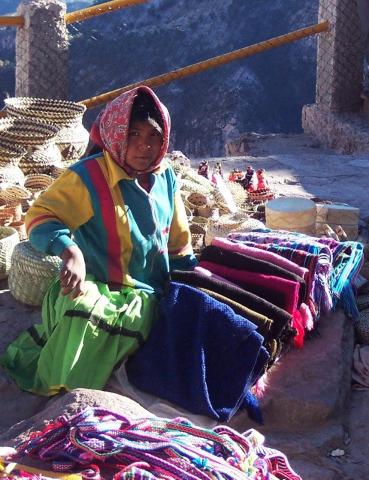 Nonviolence: A commitment to a way of life - The Catholic Nonviolence Initiative (CNI) is focused on promoting a renewed commitment to Gospel nonviolence at the heart of the Church, including the possibility of a new official teaching on nonviolence. The following article is an update from one of the CNI’s five “roundtables” made up of practitioners of nonviolence from around the world.

Maria Stephan: The power of active nonviolence - Dr. Maria Stephan delivered a speech in October in which she named key factors proven to make nonviolent resistance twice as successful as armed insurgencies and the important role the Church and civil society plays.

Integral Disarmament - In November the Dicastery for Promoting Integral Human Development hosted a special symposium on nuclear disarmament at the Vatican.

World Day of Peace Message for 2018 - Pope Francis’ message for the World Day Peace on January 1 calls on the world to view global migration not as a threat but as an opportunity to build peace.

Life and death along the U.S.-Mexico border - Darrin Mortenson, migration fellow for the Maryknoll Office for Global Concerns, attended the Border Encuentro organized by SOA Watch in Tucson, Arizona, in November. From there, he visited a migrant shelter on the Mexico-side of the border and volunteered with a group maintaining water stations along migrant trails on the U.S.-side of the border.

Honduras: People and democracy are dying - The disputed presidential election on November 26 has led to ongoing violent demonstrations throughout Honduras. The future of the government of Juan Orlando Hernandez and democracy itself is in question.

Peru to pay Bear Creek Mining Company - A Maryknoll-supported legal collective in Peru brought an amicus brief as part of trade tribunal case which was decided on November 30.

Brazil: Protests against pension reform - The Brazilian small-scale farmers movement led a hunger strike in the first week of December as part of the massive protests against what some have called the most socially regressive austerity package in the world.

Zimbabwe’s “electric moment” - Maryknoll Sister Elizabeth “Claris” Zwareva writes about her homeland of Zimbabwe. Sr. Claris serves as Maryknoll’s representative at the United Nations where the Maryknoll Sisters and the Maryknoll Fathers & Brothers have consultative status with the Economic and Social Council (ECOSOC).

Hope in Pakistan: An interview with Fr. Bonnie Mendes - Father Boniface “Bonnie” Mendes lives and works in the Diocese of Faisalabad in the eastern province of Punjab, Pakistan. Born and bred in Karachi, the 80-year-old priest is former executive secretary of the Pakistani bishops’ National Commission for Justice and Peace and former head of CARITAS Asia. The following is an interview with Fr. Mendes, conducted via email by Gerry Lee, Director of the Maryknoll Office for Global Concerns, just days after the Dec. 17 suicide bombing attack on a church in Quetta in which nine people were killed and 57 injured.

Israel/Palestine: The question of Jerusalem - The Maryknoll Office for Global Concerns released a statement on Dec. 17 opposing the Trump administration’s decision to recognize Jerusalem as the capital of Israel and to move the U.S. embassy to Jerusalem.

Trade: Faith leaders raise concerns on NAFTA - Renegotiations of the North America Free Trade Agreement (NAFTA) will continue in 2018. Faith leaders across Canada, Mexico and the United States are calling for a trade agreement centered on right relationship.

Slave-free seafood label campaign - Catholic organizations press for positive change in the lives of those who work in the international fishing industry.

Resources - Share our flyer about the World Day of Peace Message, watch a documentary about life in Palestine, plan to attend Ecumenical Advocacy Days, and much more.