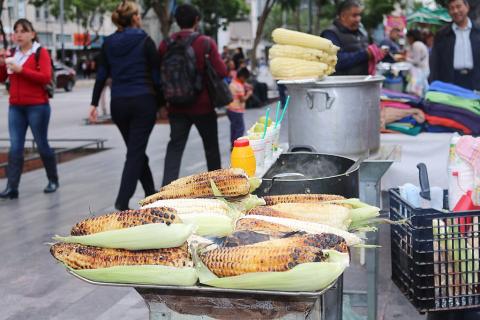 Renegotiations of the North America Free Trade Agreement will continue in 2018. Faith leaders across Canada, Mexico and the United States are calling for a trade agreement centered on right relationship. The following article was published in the January-February 2018 issue of NewsNotes.

Talks between Canada, the United States, and Mexico about changes to the trade deal which governs more than $1 trillion in annual commerce between the three countries have been happening largely out of the spotlight and at breakneck speed, with repeated threats from President Donald Trump of quitting the deal altogether.

Over the past 25 years, the North America Free Trade Agreement (NAFTA) has enabled corporations to outsource jobs from the U.S. to Mexico to take advantage of weak and unenforced labor and environmental standards.  According to Bloomberg News, Mexicans are worse off today because of it – low wages, higher income inequality, unchecked threats to organized labor, as well as limited access to clean drinking water, healthy air, and proper sewage and waste disposal.

In November, Catholic Bishops in Mexico, the United States, and Canada released a joint pastoral letter entitled “Renegotiating NAFTA: Rebuilding our Economic Relationship in Solidarity, Mutual Trust, and Justice.”  The statement opens with calling on the countries to work together. “Regardless of whether a successful renegotiation of NAFTA takes place, the three governments should steadfastly pursue a commercial relationship that is mutually respectful, just, and solidary, especially for the poorest in our countries,” the bishops said.

The statement provides a moral marker of what trade should do and what the consequences are of conducting business as usual. “We believe that treaties, like all commercial and economic policies, are means of achieving the welfare and integral development of all,” said the bishops. “As such, they must respond to peoples’ most basic needs. This means that they must be crafted and evaluated in such a way that they respect human, civil, political, economic, social, cultural, and environmental rights at the individual, family and community levels, as well as the rights of nations and peoples.”

“Otherwise, and if adequate compensatory economic, political, and social policies are not adopted that mitigate and counteract the previously mentioned adverse effects, as has been the case thus far, inequalities between regions, sectors, and various groups will deepen, as well as forced displacement and disordered, involuntary and unsafe migration, as well as violence, will continue to predominate.”

The guiding themes the bishops name as key considerations are: migration, work and labor protections, sustainable development and care for creation, indigenous peoples, food and agriculture, and intellectual property rights.

The statement ends with a call for greater public participation in the process: “Human dignity demands that people have a voice in decisions that touch their lives.”

The Washington-based Interfaith Working Group on Trade and Investment released a separate but resonant letter ahead of the December NAFTA negotiations in Washington, D.C. Their letter reflected the experience of people serving in mission globally.

“Based on the experiences and witness of our mission partners, we see how these agreements disproportionately benefit a small number of individuals, governments, and corporations while leaving the majority of people on the margins. Such agreements favor the interests of transnational corporations above the quality of life of working people and other vulnerable populations, such as women, children and indigenous communities throughout North America. We believe that this economic model does not reflect the shared values held by our traditions of solidarity, justice, dignity and respect for all.”

The working group’s letter calls for an end to the controversial investor-state dispute settlement mechanism (the legal instrument Bear Creek Mining Co. used to sue the government of Peru), inclusion of just labor and environmental protections, access to life-saving medicines, and promotion of sustainable agriculture..

In the working group’s vision of reform, trade policy must address “issues of inequality, the alleviation of poverty, and the protection of the planet. At its core, the goal of U.S. trade policy should be to promote sustainable development and livelihoods through environmental, economic and social well-being that mutually benefits all members of society.”

Given the upcoming elections in both Mexico and the United States, NAFTA negotiations need to be completed by March. It is widely believed that if negotiations continue beyond then, President Trump may announce the six-month notice to withdraw from the deal to force the issue. However, Congress may take up legislation preventing a president from withdrawing from trade agreements.

Photo: Roasted corn in Mexico City by Blossom Ozurumba via Wikimedia Commons. NAFTA allowed heavily subsidized U.S. corn and other staples to pour into Mexico. Producer prices dropped and small farmers found themselves unable to make a living. Some two million have been forced to leave their farms since NAFTA began.