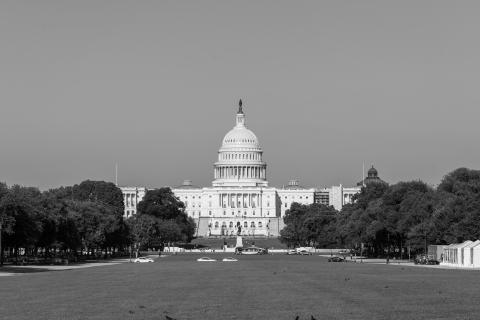 There is an urgent need for the United States to offer foreign aid and support the IMF expanding debt relief for vulnerable countries hit by the coronavirus. The following article was published in the July-August 2020 issue of NewsNotes.

While the health crisis brought on by the coronavirus is severe, the global economic crisis is devastating. In some parts of the world, people fear death from hunger and unemployment as much as from sickness.

The International Monetary Fund (IMF) has called the pandemic the “worst economic downturn since the Great Depression” and predicts a decline in global growth of almost 5 percent in 2020 with global employment loss in the second quarter of 2020 equivalent to losing 300 million full-time jobs. This is a sharp downturn from earlier forecasts. The IMF has said it expects the recession caused by the pandemic, both globally and in many individual countries, to grow even deeper.

International humanitarian experts at Bread for the World, Catholic Relief Services, and elsewhere have urged Congress to provide $12 billion in aid for countries sinking under the weight of the coronavirus crisis. Reports from UN-affiliated agencies indicate that 265 million people could face starvation of “biblical proportions" by the end of the year and half-a-billion people could be pushed into poverty by the growing global economic crisis. Many impoverished countries are facing this new crisis compounded by ongoing crises of food insecurity, fragile health infrastructure, and crushing debt.

Congress should support expanding a moratorium on debt service payments from indebted countries to international financial institutions, like the IMF, to enable countries to increase spending on essential items to fight the pandemic. So far, the IMF canceled debt payments for the 25 poorest countries and the G20 agreed to put debt on hold for others. But this is not enough. Across 46 countries, debt payments for this year are currently projected to be 400 percent of their health budgets.

Congress should instruct the U.S. representative to the IMF to support, not block, issuance of $3 trillion in Special Drawing Rights (SDRs), an emergency financial liquid resource that is without any cost to U.S. taxpayers. To be clear, it costs absolutely nothing to the U.S. taxpayer for the IMF to issue SDRs.

CEPR and Oxfam America recently published an excellent issue brief explaining the urgent need for the IMF to issue SDRs.

Faith in action: Tell Congress to provide life-saving foreign assistance for COVID-19. You can also watch our video message to Congress.