Fossil fuel divestment: Learning from others 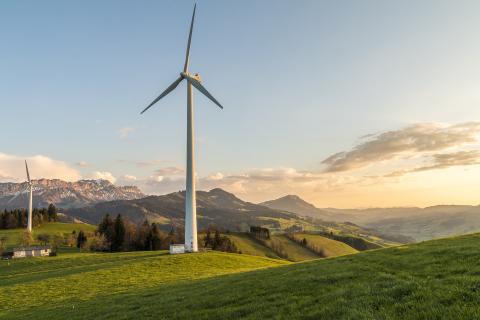 This article is the third and final in a series designed to educate Catholic organizations about ways to participate in the fastest growing divestment campaign in human history - the fossil fuel divestment movement. It was published in the September-October 2018 issue of NewsNotes.

Read all three articles in the series

Looking at the experiences of other religious organizations can bring to light potential opportunities and pitfalls for those considering joining the fossil fuel divestment campaign. As our previous article showed, there are a variety of ways to participate with no single model that fits all. Each organization has gone about it according to its own values, history, and opportunities, often combining divestment from fossil fuel companies with new investments in alternative energy production, energy efficiencies and other “impact” investments.

Education and internal discussions are important parts of any divestment process. As one former president of a women's religious congregation explained, "There often needs to be an education process, where the investment committee is deliberately indoctrinated to the idea that their job is not only to focus on financials but also to reflect the mission of the organization. Some committee members may not even know the mission and values of the organization!”

The experience at Catholic Relief Services

Education within the organization is also often needed, said Beth Collins, director of impact investing for Catholic Relief Services (CRS). “There is a perceived conflict between our mission and making investments in private enterprises,” Collins said about the mindset at the Catholic nonprofit organization. “In order to address this cultural dynamic, it was critical to begin our work with staff education activities. We developed and rolled out a series of webinars introducing impact investing, enterprise sourcing and due diligence while also engaging directly with CRS staff at select conferences/meetings…”

The experiences of some Protestant churches

The United Church of Christ was the first Protestant denomination to divest from fossil fuels in 2013 and has since worked to simplify this process for other churches by producing educational materials as well as creating the first alternative fossil fuel free investment fund in 2014, the Beyond Fossil Fuel Fund.

The World Council of Churches, which represents more than half a billion Christians around the world, decided to rule out fossil fuel investments in mid-2014, but one of its larger members, the Church of England, took a little longer to make a similar decision. While deciding to divest from “any company that makes more than 10 percent of its revenues from thermal coal… [or] oil from the tar sands,” it chose to maintain investments in some oil and gas corporations in order to continue internal discussions with management as long as those discussions lead to action. The director of responsible investment for the Church warned, “If engagement with companies isn’t productive, the policy does make clear divestment is there as a last resort.”

Debate over fossil fuel divestment in the Presbyterian Church U.S.A. has been open. There have been a number of articles in The Presbyterian Outlook and other Christian blogs and websites that demonstrate how contentious the issue of divestment is even when there is consensus about the need to address climate change.

The proposal to divest from fossil fuels has come to a vote in the last three General Assemblies and failed each time, most recently in June. Those opposed recognized the need to act on climate change, but also the need to stay invested to “hold fossil fuel companies’ feet to the fire.” They were in favor of other measures, such as placing a price on carbon and  decreasing energy usage. They also expressed concern over the likelihood of losing churches and membership in areas where many members work in the fossil fuel industry, all for a campaign which they suspect may not be necessary.

The experience of the School Sisters of Notre Dame

The School Sisters of Notre Dame Central Pacific Province, with members in 21 U.S. states and four countries, provide an interesting example of how local opportunities influence decision making. For more than thirty years the organization has screened its investments in favor of positive corporate practices and against corporations producing weapons, nuclear power, stem cell research, or other practices at odds with the Sisters’ values. Most recently they added a screen against “energy companies which have an Environmental, Social and Governance [ESG] rating by MSCI [Morgan Stanley Capital International] ESG Research below BBB.” [MSCI ESG scores are mapped onto a rating grid from CCC to AAA, with BBB as the average.]

The Sisters are also increasing their “alternative” investments, most recently in three solar projects near one of their main locations in Minnesota. They are leasing land to the projects and will buy the energy once completed as well as beginning to support similar projects in other countries.

Where to find more stories

The Catholic Impact Investing Collaborative has other stories of institutions moving their investments into projects aimed at better social and environmental impacts.

Prayer for the Earth