Climate Change and the Oceans 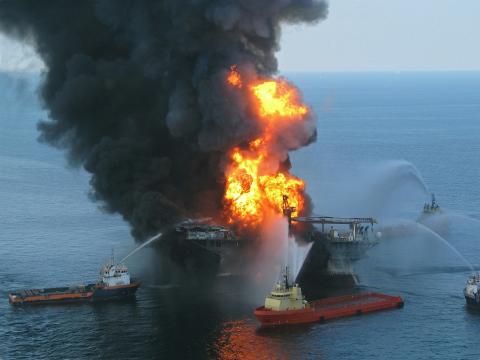 The Intergovernmental Panel on Climate Change (IPCC) issued a report in September that details the climate’s dramatic impact on the oceans. This article appeared in the November-December 2019 issue of NewsNotes.

In his monumental study published in 1998 titled “Something New Under the Sun,” social historian J. R. McNeill wrote that one thousand years ago people believed that rivers were too large to be polluted; then, two hundred years ago, it was lakes; and in the 20th century, oceans. It seems we were wrong on all accounts. A new report by UN climate scientists says the world’s oceans have warmed unabatedly since 1970, with profound consequences for our ecosystems and people. Climate change, the report’s authors say, makes our oceans “poised to unleash misery on a global scale.”

The Special Report on the Ocean and Cryosphere in a Changing Climate, issued by the United Nations' Intergovernmental Panel on Climate Change (IPCC), names environmental degradation and threats to ocean marine systems that have been documented before – the destruction of coral reefs and mangrove forests; waste, plastic, and chemical pollution; ingestion of microplastics by sea life; sea level rise; and overfishing and reduction in fish stocks – and goes on to better quantify these problems and name them as imminent dangers to economic and human well-being.

Sixty million people are engaged in the fishing industry worldwide and one-third of fish stocks are being fished at unsustainable levels, the report says. According to recent data, fifty percent of coral reefs, which sustain great quantities of marine life, have been lost since 1870. Some marine species, such as shrimp and mollusks, are in danger of complete collapse. Despite drastic declines in fish stocks, some nations are ignoring warnings and have increased subsidies for fishing practices that decimate marine life.

Concerns about sea level rise are a major topic of the report. Sea levels are projected to rise between one and two feet by the end of this century, even if temperature rise is limited to less than two degrees Celsius. There are 65 million people living on the Small Island Developing States and another 680 million people in low-lying coastal areas. All will be severely impacted by rising sea levels and many are already experiencing climatic events nearly annually that previously occurred only every hundred years, such as Category Five hurricanes.

The report also examines the cryosphere, or the polar and high mountain regions of the globe. Summer sea ice in the Arctic is diminishing rapidly each year, with serious feedback consequences. Without ice to reflect sunlight back into the atmosphere, the ocean absorbs even more heat, resulting in even less ice over the coming year. The report predicts that by 2030 there will be no summer ice in the Arctic Ocean, a permanent condition. These changes alone have the potential to increase sea level by several meters in a few centuries.

Four million people live in the Arctic regions. Many will have to move to other areas to escape the rising waters, possibly weakening their ties to traditional cultural and economic practices. Marine mammals and other sea life in the Arctic will also suffer from loss of sea ice.

The report also documents the rapid loss of glacial mass. Regions with small glaciers are expected to lose 80 percent of current ice mass by 2100. Many glaciers will disappear by then regardless of future greenhouse gas emissions; already much of the Andes and the Alps have lost their glaciers. Massive glacial loss in the Himalayas will have untold catastrophic effects on the livelihoods of people in densely populated Asian countries.

The report highlights some actions that can help mitigate these scenarios: shifting to renewable energy and transportation alternatives; utilizing nature-based forms of coastal and flood plain buffers; and increasing funding to enable vulnerable communities to adapt to climate related disruptions.

Former U.S. Secretary of State John Kerry wrote about the report and the urgent need to face the climate crisis in an op-ed published in the Boston Globe on October 21. “You don’t have to be a scientist or a government leader to understand that time is running out,” Kerry wrote. The former secretary in the Obama administration was a key player in the writing of the landmark Paris climate agreement, a global accord that President Donald Trump is working hard to dismantle.

“We can still change our course,” Kerry goes on to say. “One way is through a scientifically proven, cost-effective way for world leaders to help conserve the ocean and provide resilience to climate change: create marine protected areas to serve as great ‘parks’ in the sea, free from industrial extractive activity.” He acknowledges commitments governments have already made to protect the oceans but, based on this latest UN report, Kerry concludes, “Important accomplishments as they are, world leaders need to deliver more bold actions.”

Photo from Skeeze on pixabay.