Cambodia: The election that was or wasn’t 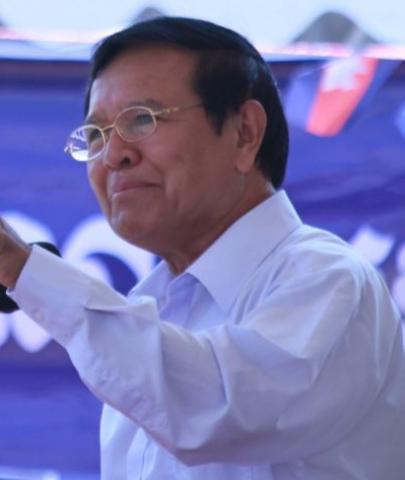 Maryknoll Sister Marie Leonor Montiel, director of a program that helps people affected by HIV/AIDS in Cambodia, writes about the recent general election in which the party of Cambodian Prime Minister Hun Sen, who has been in power since 1985, says it won a landslide victory. The following article was published in the September-October 2018 issue of NewsNotes.

Cambodia held a general election on July 29 to elect the members of its sixth National Assembly. The ruling Cambodia People’s Party won all 125 seats, besting the 19 small opposition parties which fielded candidates in the controversial election.

This general election comes on the heels of the local or commune elections held in 2017 in which the main opposition, Cambodia National Rescue Party (CNRP), won 44 percent of the votes to the 51 percent of votes won by the Cambodia Peoples’ Party, the ruling party of Prime Minister Hun Sen.

The opposition predicted winning a much higher percentage of votes in the 2017 elections. Nevertheless, the actual winning number of votes was more than what many people thought would be allowed by the ruling party and government. The 2017 election and its results ignited hope for real change in Cambodia, especially among the opposition and the youth. Many believed this result would force Prime Minister Hun Sen to introduce political reforms or face social unrest. The youth had been a driving force in the mobilization for the elections.

Cambodia has a young population. Fifty percent of its 16 million population is under 22 years old, and 64 percent is between 15-64 years old. The majority of the them were first-time voters during the 2017 elections.

The immediate aftermath of the 2017 elections saw gatherings of the opposition supporters that at times turned violent at dispersal.  The government limited the places where people could gather and issued fewer permits for public assembly.

Opposition party members who won their seats at the commune level in in the 2017 election faced challenges in assuming office.  Some found the locks on their commune office doors changed or the doors barred. Once the doors were opened, some found empty rooms – all the furniture had been taken away.

The major opposition leaders were sued and the Cambodia National Rescue Party was disbanded based on a one-sided trial purporting a color-revolution – a term used to describe movements to replace governments, mostly using nonviolent resistance.  The disbandment of the country’s major opposition party prevented all of its elected members from holding office and participating in elections for five years.

Some CNRP members were forced to go into exile, including party leaders Sam Rainsy and Mu Sochua. CNRP President Kem Sokha was arrested on charges of treason and remains jailed without bail one year later.

All of the seats held by the CNRP at the National Assembly were given to five smaller political parties.  When preparations for the 2018 general elections started, the former leaders of the now outlawed CNRP called for a boycott of the elections, but 19 smaller parties fielded candidates.

There was a stark contrast between the 2017 and 2018 election campaign periods. In 2017, there was more verve and vigor; people, especially the youth, where out in the streets.  In 2018, the ambiance was that of tolerating the usual: the motorcade, the rally, and the disturbance it brings to traffic.  In 2017 there were feelings of anticipation, of hope, of change. In 2018, there seemed to be a resigned acceptance of the inevitable, the usual results.

What does this mean to the majority of the Cambodian people?

Among politically conscious people, especially the youth, there’s quiet murmuring of efforts to stay hopeful, to remain free and alive under unpredictable and oppressive circumstances.

But the words of a deaf-mute youth living with HIV, in poverty, sum up the sentiments of many Cambodians: “Politics keep changing but our situation doesn’t change. We keep on struggling just to try to live. Someday perhaps it will be better.”