Say No to War with Iran 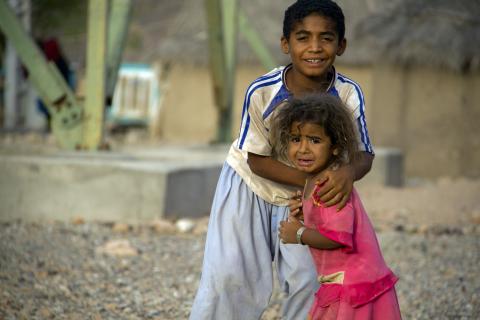 Will the United States go to war with Iran?

The tough rhetoric and hardline stance of the Trump administration have brought the United States closer to war with Iran. One year ago, the United States left the Iran nuclear deal and has since adopted a “maximum pressure” campaign of debilitating unilateral sanctions, devastating Iran’s economy and hurting millions of ordinary citizens.

Now the Trump administration has announced plans to sends 120,000 troops – similar in size to those that invaded Iraq in 2003 – to the Middle East should Iran accelerate work on nuclear weapons or threaten U.S. troops or interests. All this has led to widespread fear that some sort of conflict is imminent.

These words, used by Pope Pius XII in 1939 on the eve of the Second World War, are our message to Congress today. The Maryknoll Office for Global Concerns has consistently supported the Iran nuclear deal since its inception and repeatedly after President Donald Trump took office. Maryknoll missioners expressed their support for diplomacy and opposition to the U.S. leaving the Iran deal.

Diplomacy is a pathway to peace. Just as we can understand reasons for fear, we cannot embrace it, 'for God gave us a spirit not of fear but of power and love and self-control.' Pope Francis has consistently called us to draw from this spirit, and go: open doors, build bridges; weave bonds; establish friendships; promote unity.

Senators Tom Udall (NM), Dick Durbin (IL), and Rand Paul (KY) have introduced bipartisan legislation, S. 1039, to prohibit the use of funds for military operations in or against Iran without prior authorization from Congress. Similar legislation was also introduced in the House, H.R. 2354, by Representatives Anna Eshoo (CA-18) and Mike Thompson (CA-5).

Click HERE to urge your member of Congress to support bipartisan legislation to prevent war with Iran.