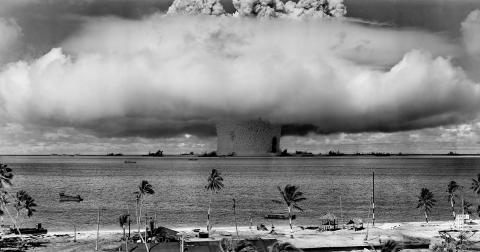 On August 6 and 9 we will mark the 75th anniversaries of the nuclear bombings of Hiroshima and Nagasaki. These anniversaries are an opportunity to mourn the devastation caused by nuclear weapons, celebrate the work that has been done to eliminate them, and recommit to building a world free of nuclear weapons and the threat they pose to humanity and our common home.

We invite you to pray, study, and act with us to mark these anniversaries.

Photo available on Wikipedia in the public domain.