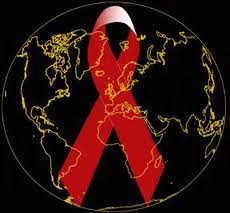 Maryknoll missioners have worked in ministries focused on persons living with HIV and AIDS since the early 1980s, before the extent of the pandemic would be known, long before the loss of millions of lives from AIDS.

In the ensuing years, Maryknollers have accompanied people dying of AIDS, worked with children orphaned by AIDS, supported women and girl children who are at risk of violence or sexual abuse, and witnessed the direct impact of debt, trade issues and poverty on societies being decimated by AIDS.

World AIDS Day is December 1 -- Join the 24-hour vigil to pray for those living with HIV and AIDS and for those whose lives were cut short due to HIV or AIDS; the vigil will begin at 12 AM Eastern Standard Time (U.S.) on December 1.