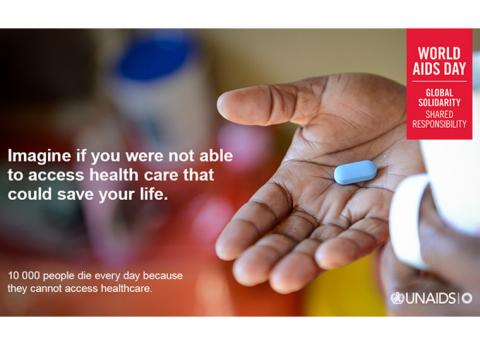 Sign up for a one-hour time slot during the 24-hour vigil at http://maryknollogc.org/aids-day-vigil

The world is threatened by an expanding list of pandemics. As we enter a third year of the COVID-19 pandemic, we also enter the fifth decade of the AIDS pandemic.

There were 37.7 million people living with HIV, the virus that causes AIDS, or “acquired immunodeficiency syndrome,” in 2020.

Over four decades more than 25 million people have died of AIDS worldwide. The world has responded by committing billions of dollars for research, programs and medicines, and innumerable efforts to change behaviors and lower the number of transmissions. According to the World Health Organization, by the end of 2020, 27.5 million were receiving treatment for HIV, or 73% of people living with the disease.

According to the latest estimates from UNAIDS:

Join the World AIDS Day prayer vigil on December 1: Sign up for a one-hour time slot during the 24-hour vigil at http://maryknollogc.org/aids-day-vigil

Pray with the Maryknoll AIDS Task Force prayer at http://bit.ly/MaryknollAIDSprayer