Maryknoll Mourns the “Bitter Suffering” Ahead for Refugees Left Waiting 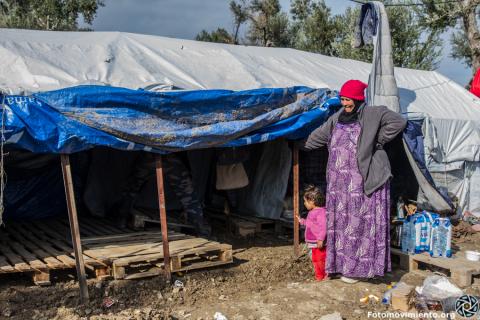 The Maryknoll Office for Global Concerns issued this statement following the Biden administration's April 16 announcement that it would maintain the refugee admissions ceiling at 15,000 this year - a historic low. UPDATE: The Biden administration issued a statement later on April 16 saying that they would amend their proposal and submit a final Presidential Determination of refugees to be admitted in FY 2021 by May 15.

The Maryknoll Office for Global Concerns is gravely disappointed to learn that the Biden administration will maintain the Trump administration’s proposed cap of 15,000 refugees to be admitted to the United States in Fiscal Year 2021. President Biden had previously promised to raise the ceiling to 62,500 this year.

“We are shocked and disappointed that President Biden is walking away from his commitment to refugees, people who truly are the least of these,” said Susan Gunn, director of the Maryknoll Office for Global Concerns. “This decision will have serious consequences for refugees who remain stranded in camps around the world. It is particularly devastating for those who have already received clearance for admission to the U.S. refugee program and who now must wait in limbo for the opportunity to live in safety.”

“Maryknoll missioners work in refugee camps and communities around the world and know the bitter suffering this decision will cause, especially given the fallout from the COVID-19 pandemic,” Gunn said. “Once again, the United States has turned its back on the most vulnerable at their hour of need. Once again, we mourn for families seeking hope.”

We urge the Biden administration to maintain its commitments to welcome 125,000 refugees in Fiscal Year 2022 and to rebuild the refugee program. “While we understand that the situation with asylum seekers at the U.S.-Mexico border is complex,” Gunn said, “we know that the U.S. refugee program is an entirely separate system from asylum processing and that attending to asylum seekers at the border need not detract from our ability to welcome refugees from overseas.”

“We have the capacity to welcome 125,000 refugees and more, and it is our moral duty to do so, especially as people of faith,” continued Gunn. “Especially during this global health crisis, refugees cannot wait any longer.”