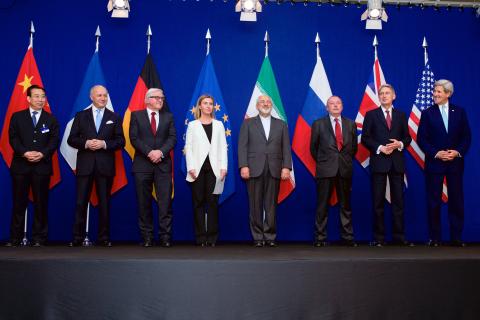 The Maryknoll Office for Global Concerns released the following statement on May 8, 2018.

The Maryknoll Office for Global Concerns is dismayed by President Donald Trump’s announcement of the withdrawal of the United States from the Joint Comprehensive Plan of Action (JCPOA), known as the Iran nuclear deal. Despite the president’s characterization of the deal as “defective at its core,” the Iran nuclear deal makes all of us safer. It is a critical step toward nuclear non-proliferation and, ultimately, nuclear abolition.

The agreement aims to curb Iran’s development of nuclear weapons while allowing the country to use nuclear energy for peaceful purposes. And it has been achieving what it promised: verifiably preventing Iran from obtaining a nuclear weapon.

We stand by our support of the United States remaining in the deal as stated in a letter signed by leaders of dozens of religious congregations and officials at Catholic organizations last October: “Responsible, moral leadership would recognize the Iran deal as an important example of successful diplomacy and conflict transformation that engaged many nations in an arduous, nonviolent process to build trust and avoid military confrontation.”

The Iran nuclear deal is a concrete example of the value of international cooperation and skilled diplomacy in preventing war and stopping the spread of nuclear weapons. This important diplomatic accomplishment was achieved in 2015 through protracted high level political negotiations involving the United States, the United Kingdom, France, Germany, China, the Russian Federation and the European Union, as well as Iran.

The agreement has the potential to reshape much of the Middle East. By ending the international isolation of Iran, the door is open for Iran to play a more active role in regional politics. For the United States to leave the deal is to effectively kill the best hope of heading off a nuclear arms race in the Middle East.

President Trump’s decision could also drive a wedge between the United States and its European allies and create even more tension in the Middle East. The president said the United States will reinstate nuclear sanctions and impose crippling economic sanctions on Iran. He also warned of sanctions on any nation that deals with Iran. Sanctions all but ensure the collapse of any diplomatic effort and increase the risk of war.