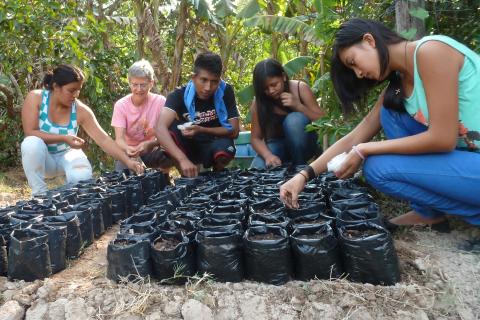 September 25, 2015 - Just yesterday, Pope Francis said in his address to a joint session of Congress, “I call for a courageous and responsible effort to ‘redirect our steps, and to avert the most serious effects of the environmental deterioration caused by human activity.’” We celebrate the news from the White House today of new climate change policies for the U.S. and China. (See White House press release)

China and the U.S. are the world’s largest carbon emitters. Ambitious climate action is required by both countries if we are to maintain rising global temperatures below 2 degrees Celsius.

With these new policies, China will create a new cap-and-trade program to enforce emission reductions for Chinese industries. Companies will have to buy emission permits starting in 2017.

China will pledge $3.1 billion USD in international climate finance to help developing countries to address the worst impacts of climate change and build climate-resilient communities. This exceeds the U.S. pledge to the Green Climate Fund by .1 billion. Congress has not yet approved the $500 million allocation for FY16 to the GCF that would be the first U.S. contribution to the fund.

Chloe Schwabe, Faith Economy Ecology Project Coordinator of MOGC, said: “This agreement is symbolic of the dialogue and action to which Pope Francis calls us, to safeguard God’s creation and care for vulnerable communities, including those Maryknoll missioners serve around the world. We hope this agreement shifts the tone of the conversation in Congress, to ensure that people in poverty do not continue to bear the greatest burden of climate change alone. We urge Congress to fully fund the $500 million allocated to the Green Climate Fund in President Obama’s FY16 budget and to consider how they will respond to Pope Francis’s call to ‘redirect their steps’ toward a ‘culture of care’ for humanity and nature."