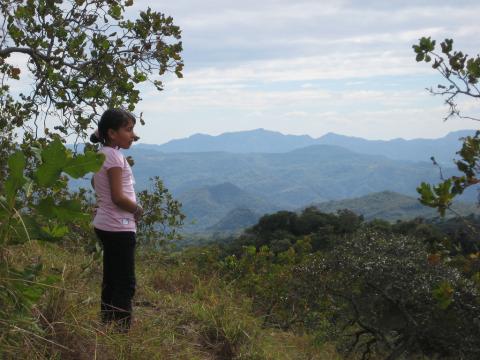 The Maryknoll Office for Global Concerns joined other organizations in sending the following letter to House and Senate Leadership urging them to prioritize sending aid to Latin America and the Caribbean, which are new coronavirus epicenter regions.

Read the letter as a pdf.

As the United States faces an escalating health crisis at home, we cannot afford to ignore the situation among our neighbors in Latin America and the Caribbean, which has now been declared the new epicenter of the pandemic. According to the World Health Organization, the daily number of cases of COVID-19 in Latin America and the Caribbean is surpassing those reported in the United States and Europe. The time to act is now, and we urge you to include assistance for the region in the next emergency spending package.

The spread of COVID-19 in the region will hamper the United States’ efforts to contain it domestically, impede domestic economic recovery, and intensify the political instability and human suffering that have contributed to high levels of migration in recent years. To avoid dire outcomes, the U.S. government will need an urgent and sustained response in Latin America and the Caribbean. As organizations that have long worked to advocate for human rights and humanitarian needs in the region, we are writing to urge you to promote increased funding to address the pressing needs outlined below.

Weak economic growth, a dramatic upsurge in unemployment coupled with plummeting remittances, collapsed health services and endemic corruption limit Latin American and Caribbean governments’ ability to counteract the worst effects of the crisis. The Economic Commission for Latin America is predicting the largest economic contraction in the region’s history. We join our colleagues in the non-governmental community in calling on Congress to provide no less than $12 billion for the international response in the next legislative package.

For Latin America and the Caribbean, it is particularly important to include significant resources for the following areas.

For over a century, PAHO has strengthened national health systems in the hemisphere by expanding national laboratory capacity, trained tens of thousands of health professionals, established renowned regional disease surveillance systems, and played a decisive role in eliminating debilitating diseases including smallpox, polio, and measles. Today, PAHO is playing a critical role helping the governments of the Americas respond to the COVID-19 crisis. Currently, the United States is approximately $110 million in arrears to PAHO. These arrears must be paid immediately, and we urge the Congress to provide in addition at least one-third of the $94.8 million additional funding PAHO has requested through August 2020 to avoid catastrophic loss of life and ensure a globally coordinated response.

2. Increase funding to address the “hunger pandemic” and lack of access to clean water and sanitation.

With COVID-19, food insecurity is skyrocketing. People requiring food assistance in El Salvador, Guatemala, and Honduras will increase by 100 percent, while over 5 million Venezuelan migrants and refugees will be unable to meet their most basic needs. The U.S. Congress should provide funding for emergency food assistance, cash transfers, and basic food staples as well as for strengthening rural development programs focused on small-scale farmers. Funding should also be directed to improving access to clean water and sanitation to prevent the
spread of the disease. Lastly, humanitarian assistance for the Venezuelan refugee and migrant population must be increased in all receiving countries and directed to recipient communities as well as to migrants and refugees.

While these are the most pressing needs for U.S. assistance, we are also concerned that some countries in Latin America and the Caribbean have seen increased human rights violations, corruption, and gender-based violence during the pandemic. Rapid emergency measures offer new opportunities for theft in governments already rife with corruption. The U.S. Congress should expand assistance to support human rights and anti-corruption initiatives, with focus on strengthening nongovernmental oversight. The GAO should be directed to recommend anti-corruption measures that could help countries deal with that threat. In addition, the U.S. government should help to expand the capacity of national and local governments and civil society to respond to violence against women, girls, and LGBTQ+ persons, which has increased during the pandemic as well as to the needs of other less visible groups at high risk who are not at the center of COVID-19 prevention efforts such as the incarcerated and their families and rural populations experiencing pre-COVID-19 humanitarian stress.

Historically, the United States has been a leader in humanitarian assistance worldwide and should resume this position in face of COVID-19. We urge you to support this assistance to our Latin American and Caribbean neighbors in the next emergency legislative package. Thank you for considering these urgent concerns.

Lawrence Couch, Director, National Advocacy Center of the Sisters of the Good Shepherd

Claire Bransky, Cross-Border Organizer, Network in Solidarity with the People of Guatemala (NISGUA)