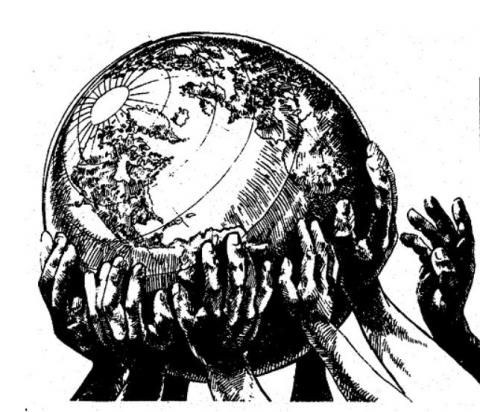 The Maryknoll Office for Global Concerns joined partner organizations in calling on Congressmembers negotiating the National Defense Authorization Act (NDAA) to prohibit funding for nuclear testing and cut back on funding that goes to militarizing police departments.

As faith-based organizations deeply rooted in our communities, and with strong convictions about the dignity of all people, we call on the Members of Congress negotiating this year’s
National Defense Authorization Act (NDAA) to ensure that the final version of the defense bill includes limits on the 1033 program and a prohibition on the use of funds for nuclear testing.

In June, 16 faith organizations outlined important priorities for this year’s NDAA, urging Congress to step away from a bloated Pentagon budget, militarized policing, endless war, and
the racist border wall. This call was largely ignored by Congress, as both chambers put forward National Defense Authorization Acts that fell woefully short of the faith community’s plea forchange.

Instead of addressing the mismatch between the federal budget and the priorities of our communities, Congress put us on track to continue wasting billions of dollars on weapons and
war. Only the Senate version of the bill included provisions to limit the 1033 program – which provides military gear like armored vehicles, tear gas, and bayonets to domestic law enforcement – and the changes they propose are insufficient. Neither chamber included repeals of the 2001 and 2002 Authorizations for Use of Military Force, or prohibitions on the use of DoD funds to build the border wall.

Congress must do a better job of reflecting the people’s priorities in the NDAA. This year, the conferees can start by ensuring that the final bill includes limits on the 1033 program and a prohibition on the use of funds for nuclear testing. The 1033 Program is associated with increased use of violence by the departments that receive the gear, and exacerbates the injustices of law enforcement violence against Black and brown communities. The Senate’s proposed limits don’t go nearly far enough, but these limits must be preserved, and, if possible, strengthened in the final version of the NDAA.

The NDAA must also include a prohibition on the use of funds for nuclear testing. The dangerous, inflammatory threats from the Administration and some legislators to restart nuclear
testing endangers the entire world. Authorizing spending for testing of nuclear weapons is bad policy- and a misallocation of resources that would be better spent on our communities.

Faith communities won’t stand by as Congress continues their pattern of reckless spending on weapons and war – both abroad and in our own communities. Our religious traditions call on us to work for peace and take action in the face of injustice. We call on the Members of Congress negotiating the NDAA to ensure that a prohibition on funds for nuclear testing and restrictions on the 1033 Program remain in the final NDAA.