Faith Leaders' Statement on Integrity, Safety, and Fairness in the 2020 U.S. Elections 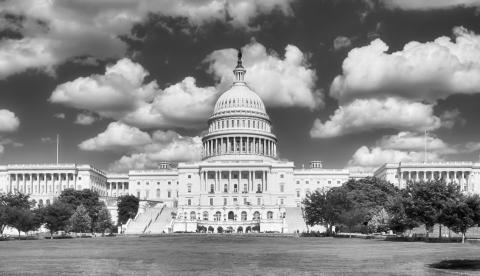 The Washington, D.C. offices of thirty-two of the nation’s largest faith denominations and interfaith networks have taken the unprecedented step of releasing a statement of concern for preserving our democracy during, and after, the upcoming election.

Let me be weighed in a just balance, and let God know my integrity! - Job 31:6

As people of faith and heads of Washington-based offices of religious denominations and national organizations, we call for integrity in the processes that shape our systems of governance and form the basis of our shared wellbeing. We believe that free, fair, safe and respected elections are a bedrock of democracy, and that active and informed citizen participation in the political and electoral process is essential not only to the proper functioning of government but also to the full exercise of our faith. Therefore, we are deeply troubled by any actions or statements that intimidate voters or deny safe and equal access to voting, or that sow doubt in electoral outcomes and raise a threat of violence. Such efforts to corrupt and undermine core electoral freedoms must be condemned in the strongest of terms across the political spectrum.

This nation can only live up to its democratic ideals when all are confident that they can vote freely and without undue hardship for the candidates of their choosing. This is particularly critical in light of the long history of racial disenfranchisement in the United States. Polling places must be equally accessible, safe, orderly, and free from intimidation. All votes must be counted in a fair and transparent manner. The decision of the majority must be upheld with a peaceful transition. These core democratic ideals should be fiercely protected by all of us, regardless of political persuasion or religious affiliation. An election “won” by undermining democratic processes is a loss for us all.

Multi-party commitment to election integrity is a primary factor in preventing election violence across the globe. We call upon all elected leaders and elections officials at every level of government to recommit to our core democratic principles, to look within and consider what they themselves can do in this critical hour to uphold the best in our nation’s values. Tactics to suppress the vote must end immediately, and all candidates and parties must publicly commit to respect the true election results, regardless of who wins -- preserving democracy is more important than the success of any individual candidate. Leaders across the political spectrum must call on their supporters to refrain from violence and the threat of violence regardless of results.

The choice in this moment is clear and stark: shared commitment to sustaining and strengthening the ideals of our democracy, or a descent into an antidemocratic future to secure partisan gains. We pray that our leaders will demonstrate a robust commitment to our fundamental democratic principles with their words and actions at this pivotal time.

SIGNATORIES TO FAITH LEADERS’ STATEMENT ON INTEGRITY, SAFETY, AND FAIRNESS
IN THE 2020 U.S. ELECTION: