Statement on the Inflation Reduction Act 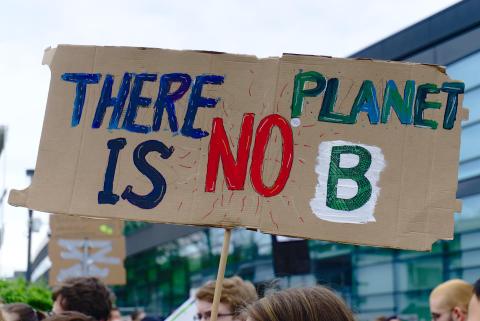 The Maryknoll Office for Global Concerns applauds President Joe Biden for signing the Inflation Reduction Act of 2022 (IRA), the most significant legislation to combat climate change in the history of the United States. The bill commits $369 billion to climate and energy projects that will jumpstart the transition to a green economy in the United States. For the world, it promises to reduce U.S. greenhouse gas emissions by 40% and put the country back on track to fulfilling its commitments made in the 2015 Paris agreement.

“Finally! This landmark bill comes none too soon. As wildfires, floods, heat waves and drought surge throughout the planet, the cry of the earth, which Pope Frances calls us to heed in his Laudato Si’ encyclical, finally was heard in the halls of Congress. This legislation is a strong start for the United States to do its fair share to care for our common home.

“Although far from perfect, this legislation – enacted by the world’s largest climate superpower – will have a multiplying effect on global climate action. It also dramatically reverses the trend of recent years in which the United States led the race to the bottom in commitments to reduce toxic emissions and stop the climate crisis.

“This bill authorizes billions of dollars in investment and incentives for renewable energy projects and technologies, creates consumer incentives for purchasing electric vehicles and implements climate-smart practices in food systems, forest and coastal management. In addition, it has the potential to create millions of well-paying jobs in the transition to a renewable energy economy.

“At the same time, we are concerned by elements of the bill that continue to promote the extraction and burning of fossil fuels, the very practice that is the root cause of the climate crisis. Although significant funding is directed to vulnerable communities that have experienced climate injustices, much more is needed.

“As an organization that represents Catholic priests and brothers, sisters, and lay missioners, working alongside marginalized communities in some of the most climate vulnerable nations, like Bangladesh, Haiti, Kenya and South Sudan, we are grateful for the tireless efforts of so many grassroots and climate activists who have raised their voices to make this hopeful moment possible. We commit ourselves to doing all we can so that the cry of the earth and the cry of the poor continue to be heard and continue inspire us to do all that we can to heal and care for our common home.”

Photo: Protest sign at a Fridays for the Future demonstration calling for climate action, undated, available in the public domain on Pixabay.