Letter to Congress on Climate Finance in FY 2022 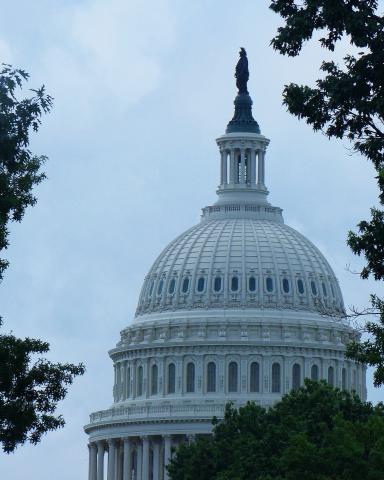 The Maryknoll Office for Global Concerns joined a coalition of organizations in signing the following letter to congressional leaders urging them to provide robust finance in Fiscal Year 2022 for international programs which address the climate crisis.

On behalf of the millions of members and supporters of our faith-based, development, environmental, and business organizations, we urge you to support increased funding in the final FY2022 appropriations legislation to support foreign assistance, including international investments to address the causes and consequences of climate change. We strongly urge you to support providing the subcommittee with a 302(b) allocation for Fiscal Year 2022 of at least $69.1 billion to support critical development goals and dedicating at least $3.3 billion of that account for direct climate change programs as a step towards significantly increased international climate finance. We further request that this climate financing not be double counted against programs that deliver climate co-benefits.

We have a limited window to tackle the climate crisis, with the need for decisive action this decade to keep open the possibility of holding global temperature rise below 2.7°F (1.5°C). Strategic investments to help developing countries speed-up the transition towards zero-carbon economies and to protect tropical and intact forests, and other critical carbon-rich ecosystems is essential to delivering the necessary global emissions cuts we need this decade. At the same time, the poorest and most vulnerable in the world – who have contributed the least to the problem – are already facing devastating impacts from climate change. These individuals and communities need scaled-up support to build more resilience to increasingly damaging climate impacts. Robust international climate funding of this magnitude represents less than 0.06% of the federal budget, but scaling-up this funding will provide critical climate protections for Americans, support the most vulnerable around the world, and speed-up global emissions reductions.

Specifically, this funding should support efforts to: implement climate resilient solutions in the most vulnerable countries already affected by climate change; deploy zero carbon technology to help countries leapfrog to low carbon economies; reduce emissions from tropical deforestation; and expand nature-based and natural climate solutions. In particular, we urge that you dedicate the following funding for each account and line item:

•    Green Climate Fund (GCF): We note and appreciate the support of over 90 members of the House, led by Congressman Espaillat and others, for a $4 billion appropriation for the GCF. At a minimum, $2 billion to fulfill the outstanding U.S. commitment this year is a needed first step. Ultimately, it is essential that the U.S. begin building towards a new commitment of $6 billion, which would bring the U.S. in step with other key contributors who doubled their contributions from the first replenishment.

•    Adaptation Fund: at least $100 million – as a critical new investment to provide $400 million over four years to this fund dedicated to adaptation support in the most vulnerable countries;

•    Least Developed Country Fund (LDCF): at least $51 million – with dedicated funding to support the poorest countries in the world;

•    Global Environment Facility (GEF): at least $149.3 million – to support critical global investments in clean energy innovation and deployment, resilience and adaptation, and global conservation of forests and other carbon-rich ecosystems.

It is also important to detail what scarce resources won’t be dedicated to. Towards that end, we urge you to:

•    Restrict international subsidies for fossil fuel finance: As a first step, it is long past time to eliminate the “Ex-Im rider” from 2015, which is a black eye on America’s leadership to shift from dirty to clean energy.

Investing in climate change solutions internationally clearly benefits the American people. Strengthening countries’ capacities to protect tropical and intact forests will directly help the U.S. by substantially lowering global warming pollution while also preventing illegal timber trade and helping to stop the spillover of new zoonotic diseases to humans that can cause pandemics. Accelerating deployment of U.S. clean energy technologies including renewable energy and energy efficiency will help achieve a low carbon pathway to global economic development and at the same time increase American jobs and exports in this sector. Investing in appropriate technology and expertise in communities in developing countries to counter the negative impacts from climate change that they disproportionately face, can enhance U.S. national security by addressing the root causes of instability arising from more severe and frequent weather hazards, decreased agricultural production and food insecurity, and increased water scarcity.

These investments are also key to building credibility and influence so that the U.S. can unlock more ambitious climate action from other countries, delivering benefits at home and abroad. At present, U.S. climate finance contributions are significantly behind that of other countries, which risks undercutting American efforts to maintain global influence.

We stand ready to assist you in ensuring that these resources achieve the goals outlined above, and to drive home the message that U.S. international investments are in support of America’s own interests.