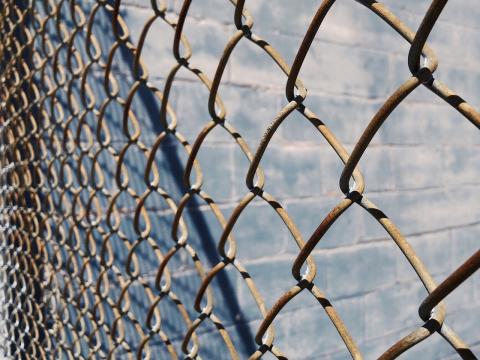 In honor of the 1 year anniversary of President Biden's inauguration, the Susan Gunn, director of the Maryknoll Office for Global Concerns, joined nine hundred spiritual leaders and multiple faith-based and immigrant rights groups in signing the following letter to the White House urging the Biden administration to immediately halt all efforts to expand immigrant detention.

As people of faith from many different traditions, we hold that no matter where someone came from or how they arrived in the United States, their life is inherently valuable and they should be treated with dignity and respect. In many of our sacred texts, migration stories are foundational in developing a moral framework that includes the right to move and live freely, be welcomed, and find belonging. We are morally compelled to seek ways to dramatically reduce all forms of incarceration in favor of noncarceral solutions based around systems of accompaniment and community support. As we turn to the year ahead, we urge you to reverse course and end overreliance on immigration detention by stopping new detention contracts and terminating current ICE contracts, investing in rights-respecting border management at the border, and committing to enacting just and humane immigration policies.

We are disturbed by several recent trends. In the past few months this administration has rapidly employed the use of detention and expulsions for recent arrivals seeking safety at our border. Consequently, the number of people in detention has sky-rocketed since January, and nearly doubled in July. In addition, several private prisons, which criminal justice advocates have worked for years to close, are now being converted into facilities for detaining immigrants and asylum-seekers. This is at odds with one of the Biden administration’s earliest executive orders phasing out private prison contracts. The reopening of the Moshannon Valley Correctional Center, a former Bureau of Prisons (BOP) jail, as a massive Immigration and Customs Enforcement (ICE) detention center, the conversion and expansion of the Berks County Family Residential Center into an ICE adult facility for women, the conversion and expansion of Golden State Annex and Adelanto Annex, and the proposed expansion and contract extension of the El Paso Service Processing Center all undermine any progress made and go against early commitments and stated intentions to reduce reliance on immigration detention by Secretary Mayorkas.

Faith communities across this nation have long engaged in supporting immigrants and their family members impacted by the harms of detention. We visit people in detention centers; we help them connect with attorneys; we provide emotional and economic support to family members with loved ones detained; and, when someone is released from detention, we provide much needed re-entry support such as transportation, food, clothing, and emergency housing. We are asking for policy shifts that include the use of effective voluntary community-based alternatives to detention where people can navigate their immigration proceedings with housing, employment, and support from their family and wider community. Statistically, people attend their hearings at higher rates when supported by the community, and with access to proper support and legal representation.

As such, we call on you to:

• Halt all other efforts to expand the ICE detention system through any new or extended ICE contracts; immediately terminate the contracts signed in November with Clearfield County for the Moshannon Valley facility and Berks County for the Berks facility;

• Start the process of phasing out inhumane immigrant detention systems by terminating the First Ten contracts as expressed in an earlier faith letter, as well as those at Yuba County Jail, Adelanto ICE Processing Center, and the Otay Mesa Detention Center, as requested by 24 members of the California congressional delegation; • Apply the January 2021 Executive Order on privately operated prisons to end immigration detention contracts with private prison companies and local governments;

• Take meaningful steps to dismantle the system of mass immigrant incarceration and the use of detention for asylum processing;

• Move to restore access to asylum at the U.S. southern border by ending the CDC Title 42 policy and the Migrant Protection Protocols (MPP) “Remain in Mexico” program; and halt all deportations and expulsions to Haiti;

• Commit to reducing funding for ICE and CBP for FY 2023 - funding that could be reallocated for voluntary community-based resettlement services, a rights-respecting border management approach that protects the right of people to seek legal protection in the U.S., ensuring safe and regular processes to migrate, and strengthening families and communities through investments in education, housing, green infrastructure, and health care.

These demands are in alignment with expectations and demands previously sent to your administration by 220 civil society organizations.

Thank you for your service to our country. We pray with you and for just action from your administration on behalf of so many lives. May we work together to turn back the injustices of the immigration system, including phasing out overreliance on immoral and inhumane immigration detention.