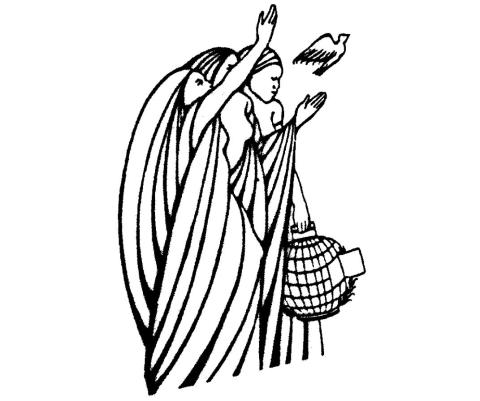 The Maryknoll Office for Global Concerns joined a coalition of organizations in sending the following letter to President Biden asking him to lead an overhaul of civilian harm policies and practices in the U.S. government in light of recent reporting highlighting extensive civilian casualties.

For two decades, U.S. operations overseas have killed tens of thousands of civilians around the world – primarily from Brown, Black, and Muslim communities – and exacerbated communities’ humanitarian needs. Rather than taking effective action to prevent and respond to these harms, the Defense Department has summarily dismissed countless credible claims of civilian casualties and regularly failed to conduct effective or transparent investigations, learn lessons over time, or provide amends, redress, or meaningful accountability.

As Commander-in-Chief, you have ultimate responsibility for how the U.S. prevents and responds to the civilian harm it causes. While many of the civilian casualties at issue occurred during previous administrations, we urge you to take the opportunity to set a new course that matches your pledges of adherence to human rights, moral leadership, transparency, and accountability.

We ask you to publicly recognize the longstanding structural flaws in how the U.S. mitigates, investigates, and responds to civilian deaths and injuries in its operations, and to take the following needed steps:

● Publicly commit to a detailed plan for how the U.S. government will address the systemic shortcomings raised by civil society groups, the media, and the Defense Department’s own studies.

● Prioritize the protection of civilians in your ongoing review of U.S. counterterrorism operations and use of force policy and ensure meaningful civil society consultation in that review.

● Provide meaningful accountability to civilian victims and survivors of U.S. operations by publicly and transparently acknowledging deaths and injuries, providing amends or redress, and appropriately holding civilian leaders and military commanders responsible for their actions, including by addressing findings of wrongdoing through disciplinary measures or prosecutions.

Through your leadership, the U.S. government can finally account for and reckon with the civilian deaths, injuries, and other harms of the last twenty years. Your legacy and commitment to human rights, humanitarianism, and racial justice globally are at stake, and we urge you to seize this opportunity to act.