Vigil for the Feast of Saints Peter and Paul (Year B) 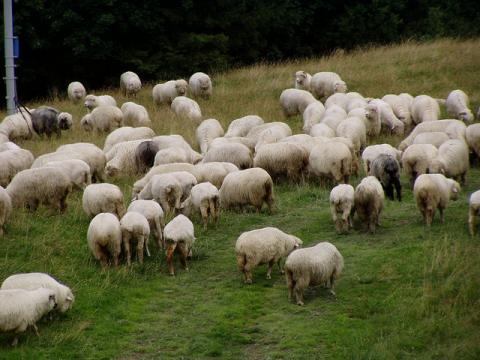 Fr. Stephen Judd, MM, who serves in Bolivia, wrote the following reflection which was published in A Maryknoll Liturgical Year: Reflections on the Readings for Year B, available from Orbis Books.

Several years ago while in Houston, giving a lecture to commemorate the 500 years of the Spanish arrival in the New World in 1492 and the beginning of the history of evangelization in the Americas, an encounter gave added poignancy to an otherwise ordinary lecture. The event was sponsored by the Maryknollers assigned to promotion work and mission education in that area, including Maryknoll missioner Fr. William (Bill) Donnelly.

Several minutes into the talk a group of six Guatemalan men and women dressed in traditional garb walked into the lecture hall. Bill turned in his seat with the instant recognition of people he knew from his years in that war-torn country. At the conclusion of the talk I walked over to the group and Bill introduced them to me. It turned out that they were refugee survivors from the conflict that left hundreds of thousands of victims during a 30-year period. One of the men by the name of Sebastian approached me with a notebook that contained a photo of the late Maryknoll Father Bill Woods, murdered when his plane carrying supplies to Mayan Indian colonizers in the area of Ixcan was shot down by Guatemalan soldiers in November 1976.

Sebastian was the last person to have made radio contact with Bill as he piloted the plane with several passengers aboard. He and his fellow villagers then fled into the jungle areas, finally reaching sanctuary in refugee camps in Mexico after several days avoiding the soldiers and staving off hunger. According to Sebastian, what kept them alive was the memory of what Bill had done for them -- eventually laying down his life. In their worst moments the picture portrait of Bill served as their guiding inspirational light to help them in their adversity.

While we were conversing with Sebastian and the others, Bill and I suddenly realized that Bill Woods’ mother lived in Houston so we hastily arranged a meeting with her the next day. The tearful Sebastian then read a written statement thanking the woman “who had nursed at her breast the man who gave his life for thousands of Guatemalans like him.”

The memory of that grace filled encounter in 1992 has remained with me for years, especially on this feast of Saints Peter and Paul, a day that we Maryknollers commemorate as our Foundation Day of June 29, 1911. When I hear today’s Gospel reading of the striking encounter between Peter and Jesus and the phrases of the exchange between them, in response to Jesus’ query, “Do you love me?” the words “Feed my sheep” evoke a deep resonance and identification with the experience of many of us in Latin America and other places around the world. Countless times we find ourselves in Peter’s shoes.

Bill Woods and many other missioner martyrs like him have carried Jesus’ exhortation to the point of giving their lives. In faithfulness to those words they have fed the sheep entrusted to them in situations of dire poverty and political violence around the globe without regard to the consequences of their witness. They have taken to heart those words. In an entirely different context we remember the martyrdom of Sister Dorothy Stang, SND, murdered by landowners in 2005 in the Amazon region of Brazil defending the preservation of the rain forest against further encroachment by the avarice of cattle ranchers and lumber interests to the detriment of small impoverished farmers.

In our day, Pope Francis’ actions and words are a variation on the theme of the encounter of Jesus and Peter at the Sea of Tiberias. For Francis “feeding my sheep” means going out to the peripheries to reach out to the flock, to literally take on the smell of the sheep. He summons all of us to actions of unction or anointing instead of becoming functionaries in our ministries. Unction instead of function! In other words, his is a call to leave our comfort zones to truly become missionary disciples to echo the words of the Aparecida Final Document of the Latin American Bishops in Brazil in 2007.

Feeding the sheep in today’s context means going out and reaching out beyond borders, literal ones as well as symbolic ones in response to those in our society who reflect the brokenness and break down of our political and economic systems of exclusion. To feed the sheep today is to go those places where the body of Christ is most broken by violence and government policies that show utter disregard for the plight of the poor. Real or artificial borders pose no obstacles.

Just as Bill Woods risked numerous dangers on his humanitarian flights into the Guatemalan highlands in the 1970s to see that the sheep were fed, situations in our home country and around the world beckon us back to that compelling exchange and defining moment between Jesus and Peter. That day in the sunlit apartment of Bill’s mother there in Houston as Sebastian thanked her, I couldn’t help but feel amazement that one of the sheep that this Maryknoller fed could come back to give his own testimony of the ultimate meaning of love. Unction instead of function in action!