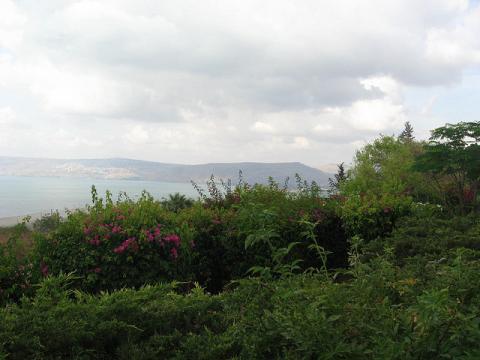 Maryknoll Father Joseph Veneroso wrote the following reflection in 2015. It was published in A Maryknoll Liturgical Year: Reflections on the Readings for Year B, available from Orbis Books.

I had the good fortune to study Scripture with Rabbi Asher Finkel. What made his lectures intriguing was that his specialty was the New Testament, specifically the teachings of Jesus. Rabbi Finkel offered insights into Jesus that most of us Gentiles could never imagine. One day he launched into an impromptu explanation of the Catholic doctrine of the Immaculate Conception, saying that, to the Jewish mind, it made perfect sense for the Messiah to be born of a ritually spotless womb. On another occasion he spoke about the meaning of the Resurrection as if he accepted it as fact.

Rabbi Finkel’s words left us inspired and confused. How could a rabbi have such deep understanding of and appreciation for Catholic doctrine? One day, one of us had the courage to ask him: “If you believe this, why aren’t you a Christian?” He said, “The real question is: are you a Christian?” Before we had time to object he explained: “If you claim to be Christian, it means more than just saying ‘Jesus is Lord.’ It means you are willing to live by the gospel values set forth in the Sermon on the Mount.”

Today’s readings talk about believers on the “inside” complaining about people outside the community sharing in the blessings normally restricted to believers. In the first reading we hear of Joshua complaining to Moses that two men outside had received a portion of the spirit given to the community. “My lord Moses, stop them!” Joshua asked. “No!” Moses answered. We ought rejoice rather than complain when people outside our group or community perform the good works of faith.

We read of a similar incident in today’s Gospel. The disciples resent outsiders performing miracles in Jesus’ name and they want Jesus to order them to stop. Like Moses, Jesus says no. He asks them to broaden their narrow minds and accept the good works done in his name even when done by outsiders. The application to our lives is obvious. Rather than looking down on other religions, we ought to rejoice when members of other Christian churches live by gospel values.

Then Jesus challenges us, who are so stingy with God’s grace, to worry more about how we keep sinning rather than about how others try to lead Gospel lives.

Jesus gives some rather shocking examples of just how serious sin is. Perhaps in reaction to earlier times when priests laid guilt trips on people, these days few preachers talk about sin. Preaching about sin is no longer “in.” Certainly poking out our eyes and cutting off our hands seems extreme, if not altogether impossible. That’s precisely the point. No matter how much we might take pride in keeping the commandments - something the self-righteous Pharisees did - we must humbly admit we cannot possibly fulfill these commands of Christ. In other words, we are sinners just like everyone else.

God loves us and forgives us “while we still were sinners” as Paul says in Romans 5:8.

Our life of prayers and good works comes in response to grace, not as its prerequisite. If we truly believe we are precious children of God and that God has forgiven us, then we naturally stop our foolish sinning because we no longer need such crutches and diversions. Sure, we might sin again, but instead of feeling discouraged, we should view these as reminders not to take pride in our own so-called holiness and stop begrudging people of other faith when they do better at living according to gospel values than we do.

Photo: Sea of Galilee, near the site of the Sermon on the Mount. Photo by Judy Coode.