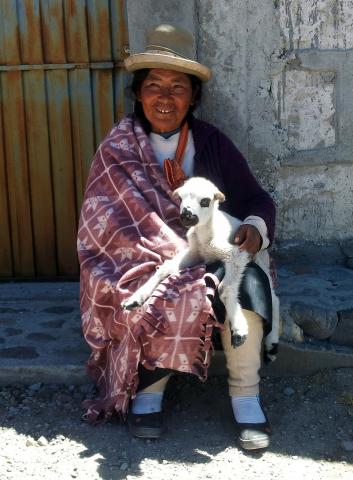 Fr. Mike Gilgannon, a priest with the Kansas City-St. Joseph diocese who served alongside many Maryknoll missioners in the Andean region, reflects on the roles suffering and death play in our lives.

“Put up or shut up.” “Does she walk the talk?” Daily we use these phrases to ask whether people are sincere. Do we follow through with what we say?

"What good is it, my brothers and sisters, if someone says he has faith but does not have works?" We all are familiar with this question from St. James in the second reading. Is the Judeo-Christian tradition of faith a litany of verbal values that move us at the hearing? Or do they challenge us, our church and our society, so that we prefer to leave them for saints and prophets to fulfill while we make our daily accommodations to the messy reality around us?

But then Peter rebukes him – the practical, prudent fisherman, a man not unlike ourselves. We can imagine the conversation, “Jesus, look at the crowds before us. People like you. The poor like what you are saying. We are really getting popular. Why shake people up with that stuff about the cross?” But Jesus replies “Get behind me, Satan! For you are setting your mind not on divine things but on human things … If any want to become my followers, let them deny themselves and take up their cross and follow me.”

The struggles for freedom and equality of the impoverished people we lived with in the Latin America missions brought home to us the insistence of Jesus on the Cross. There is no resurrection without dying. Historical investigations are now showing us the suffering of millions in Latin America in those dark times. The genocide of thousands of native peoples in Guatemala under a tyrannical military dictatorship. The death and disappearance of thousands more in Argentina, Chile, Brazil, Bolivia, and almost all the countries of Central America. To our shame many of those who supported and even applauded these atrocities were trained or supplied, often illegally, by our U.S. government (think of the “Contras” and the Iran-Contra scandal of the 1980s).