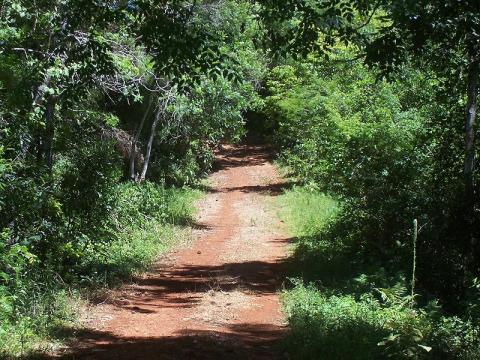 Phil and Kathy Dahl-Bredine, who served as lay Maryknoll missionaries in Mexico, wrote the following reflection which was published in A Maryknoll Liturgical Year: Reflections on the Readings for Year B, available from Orbis Books.

What an intriguing combination of readings this Sunday. They combine the readings about the suffering servant, a figure for the crucified Christ, Jesus’ own prediction of His impending crucifixion, and the teachings about humility and simplicity. The conjunction of these texts clearly suggests, as James says, that the suffering, division, and war that afflict us and the Suffering Servant, and which crucified Jesus, are all related to the “jealousy and ambition” which provoke our need to be better than or have more than others. James’s description could be a paraphrase of the dominant mentality in our current society: “You want something and do not have it; so you commit murder. … [Y]ou covet something and cannot obtain it; so you engage in disputes and conflicts.”

In the past years we have seen ambition and greed carried to its extreme by our corporate and financial class, leading our economy to the brink of collapse. And many of us, somewhat cynically, shrug and say, “That’s human nature.” But neither James nor Jesus will accept that excuse. They insist that we are capable of more -- that, in fact, more is required of us.

Today we face challenges that the human family has never faced before. We are, for the first time, bumping up against the limits of this planet Earth’s capability to sustain life. At the same time the rabid greed ensconced in our economic life has created a chasm between those who are rich and those who are poor that is unsustainable and threatens to sweep us into an endless round of resource wars for control of the limited resources of this jewel of creation we call Earth. More is indeed required of us.

Jesus counters that “[w]hoever wants to be first must be last of all and servant of all.” Moreover, we should be like little children who have no need to aspire to greatness, wealth or dominance over others; because like children, we have a Father/Mother who will take care of us. Because in the Great Economy of God when we take just what we need, as the Israelites in the desert were instructed to collect the manna that kept them from starving, God’s economy provides for all.

We Christians ought to be in the forefront proclaiming to the world in this critical time a Gospel of peace and simplicity; James writes that “a harvest of righteousness is sown in peace for those who make peace.” Yet many times other prophets have to step forward and accept the calling that we have not. This call led the Bolivian indigenous leader, now president, Evo Morales to proclaim, “[W]e need to consume only what is needed, prioritize what we produce and consume locally, end consumerism, decadence and luxury. We need to prioritize local production for local consumption, stimulating self-reliance and the sovereignty of the communities within the limits that the health and remaining resources of the planet permit.”

Ecuadorians responded to this call by including in their constitution “[t]he natural world, the Pacha mama, where life is realized and reproduced has the right to an integral respect for its existence and maintenance, to the regeneration of its living cycles, structure, functions and evolutionary processes.”

And our Zapotec friend, Kiado Cruz, who prophesied of how peace is constructed in Zapotec communities, says, “Harmony is constructed by the logic of reciprocity, by a vigorous mutual hospitality; allowing the other to enter my heart while I enter his or hers. This giving and receiving hospitality defines the person in community. It recognizes the fundamental diversity of all and the necessity to complement one another through reciprocal giving to re-build a broken world.”

More is required of us. During a talk at a U.S. high school, students were angered at the idea that instead of insisting on being number one, our country needed to begin serious dialog with all the peoples of the human family about our current crises. Instead of continuing the disciples’ argument about who is greatest, we are asked to believe that both James and Jesus meant what they said. It is in serving, in being like and welcoming little children, and in peacemaking that we will find the wisdom to reap a harvest of justice and take the prophetic role in creation needed for a planet we have helped lead to the brink of ecological and moral collapse.