Third Sunday of Easter (Year B) 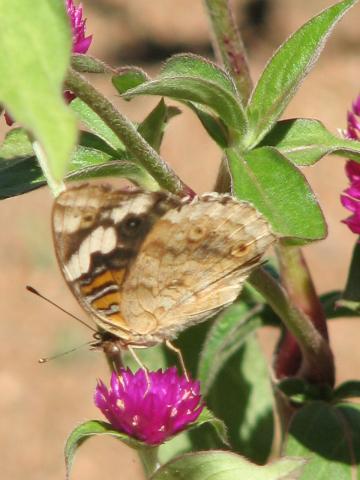 A version of the following reflection, written by Kathy McNeely, was published in A Maryknoll Liturgical Year: Reflections on the Readings for Year B, available from Orbis Books.

In today’s Gospel, Luke describes an encounter between the risen Christ and some of his disciples. When he appeared in their midst they were startled and did not immediately recognize him. Jesus had to show evidence – his hands and his feet. He asked them to touch him to prove to them he was not a ghost. Then, as before, in the sharing of a meal, the disciples were able to recognize Jesus and hear his words.

At times, like the disciples, when we can’t see things clearly with our own eyes, we need evidence. Take climate change: Some people need evidence that climate change is real before they will make any changes in the way they live. Without such evidence, however, all three recent popes have framed environmental concerns as a moral issue. In 1990 John Paul II said that people have “a grave responsibility to preserve [the earth’s] order for the well-being of future generations.” In 2008 Benedict XVI urged people to listen to “the voice of the Earth” or risk destroying its very existence. “We must respect the interior laws of creation, of this Earth, to learn these laws and obey them if we want to survive.” In December 2014, Pope Francis said about climate change: “[T]here is a clear, definitive and ineluctable ethical imperative to act … [The establishment of an international climate change treaty] is a grave ethical and moral responsibility.”

If someone asked us to list the things we could be doing to make earth better place to live for ourselves and for future generations, how many of us could rapidly list 4-5 things very quickly? Today we could recycle, take the bus, turn down our thermostat, use compact fluorescent lamps (CFLs) or light-emitting diode (LED) bulbs and turn off lights we are not using. And if we have a little more financial resources to invest in the care of creation, we might consider buying energy efficient appliances, a hybrid vehicle, better insulating our homes, installing solar panels or using wind power.

If we think for a moment about current generations and the fact that 80 percent of the world’s people live on less than $10 a day, the list of things we can do gets even longer. Being from a society that emphasizes consuming and accumulating goods, we could take a long hard look at our real needs and drastically simplify our lives by using far fewer resources.

When I was a lay missioner adjusting to my surroundings in rural Guatemala, I was welcomed into Jovita’s home. She, her husband and five children lived at the end of one of the roads on the outskirts of town. Jovita helped me to practice Q’eqchi’, her native language, by quizzing me and engaging me in conversation.

In her home I was struck by how few possessions her family owned. They had a few items of clothing, a couple of animals and a small plot of land her husband cultivated to feed the family; they would sell excess produce to pay school fees, medical bills, and a few necessities sold in the local market. They had no car, no electric appliances, and no electricity in their home.

What they did have was a strong community – family members and friends on whom they relied. When Jovita became ill with cancer, friends took her into their home in Guatemala City so she could be close to the hospital for treatments, and neighbors helped with making meals and caring for her children. One neighbor gave her eldest daughter a job in the market, to supplement the family income. Without the community, the family could have fallen apart in the face of her illness.

It is important to note that once the disciples recognize Jesus their fear disappears. It is in community that we as Christians are strengthened. When Jesus asks the disciples to go out and preach, in community they find the courage to do so. Through community God is revealed and evidence of God’s love or the truth of Jesus’ life and resurrection is no longer needed.

Today’s readings also emphasize sin and living a moral life. They call us to community and to take a closer look at the sin of isolation and individualism that plagues our society and leads to skewed relationships with others and with the earth itself. We saw this individualism run rampant as the financial crisis unfolded a few years ago, and we still see the many, living in countries throughout the world who continue to suffer its consequences.

Through Jesus’ death and resurrection we know that sin is not the final word, and through life in a community that embraces the integrity of creation, we know that a better world is possible for all of us and for future generations.