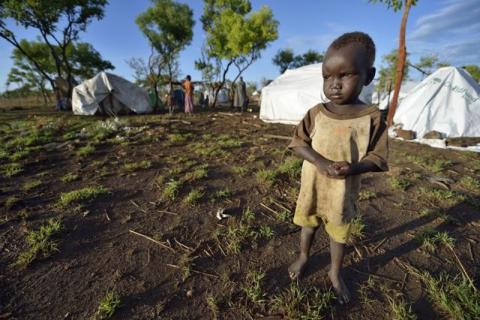 Having worked as a missionary in what is now South Sudan among five different tribes during 25 years of civil war, I have witnessed how difficult it is for people of different ethnic groups to live in peace with each other. It is only when one gets to know the people of distinct tribes that we begin to appreciate their different customs. Failing to do this leads to suspicion and fear of others.

An armed rebellion against the northern Government of Sudan began on May 16, 1983, four months after I arrived in Juba. The Arabic, Islamic government in the north was pushing hard to impose Sharia (Islamic law) on the entire country. The people of the south are African, and either practice their traditional religions or are baptized Christians in the Catholic or Protestant churches.

The attempt to impose Sharia united people who normally opposed each other, although tribal enmity among the factions of the southern Sudan People’s Liberation Army (SPLA) frequently caused them to lose precious ground and unity.

The war with the Sudan government in the north went on for about 25 years with many ups and downs, terrible loss of life and atrocities committed against women, girls and young boys. In spite of dangers, we Maryknoll Sisters opted to remain with the people we were there to serve. They needed to see that we would not leave them.

On four different occasions, we had to evacuate our missions at a moment’s notice, but we were able to build up the trust of the people, who recognized that we were there as friends.

Our fifth mission was much different from the others in that it was very isolated and far from the war. Our bishop probably chose it for that reason. We went to the Toposa people, living much as they have lived since the time of Abraham. Naturally, at first they were suspicious of strangers like us. We learned that in the Toposa language, the word for stranger and enemy is the same.

However, many were dying, so elders wanted missionaries to come and open a health center and a school where some of their boys could be sent to learn to read and write.

This was perfect for us, as two of us were nurses and I was a teacher. We joined two St. Patrick missionary priests from Ireland and two teachers from Kenya who spoke the same dialect as the Toposa people and would help start a school.

It was very slow going at first, because everything had to be brought from Kenya. Nothing was available to buy, not even a nail – just thorn trees, open plains, hills and mountains. It was also difficult for the boys, who were used to running free with the goats and sheep, to sit in class for hours each day. One difficulty for me to accept was that girls were not permitted to come to school.

However, start we did and with it a growing trust among us was evident. Eventually some of the boys asked how they could become Christian. This was not easy for them. They had to attend an hour of catechism class every day after regular classes for two years.

After a few years, most of the older teenage boys had received Baptism and Father Tim, our parish priest, asked them to help the catechists in their home areas when they went on vacation. The catechists were illiterate and had to learn everything by rote, so the boys were a big help in teaching prayers and hymns and reading the Scriptures at night when the people would gather around a big fire to listen.

At the end of the month, the boys returned to school jubilant at what they had done. They were real missionaries and came back full of joy! All I could think of was of the 70 disciples sent out by Jesus to the villages.

Pope Francis reminds us that we can’t evangelize sitting in the comfort of our parishes, “a self-absorbed group, made up of a chosen few.” Today, as we celebrate Christ’s ascension to heaven, let us heed his parting words. “GO OUT, make disciples of all nations.”