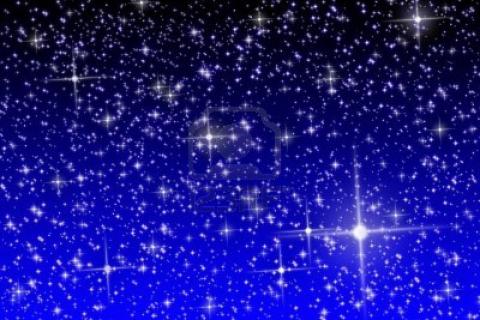 In Myanmar, it is difficult for people to count on a steady income, land, even food or education. When their families, clan or communities cannot meet their basic needs, they rely on their faith in God and their deeply ingrained religious rituals (some involving animal sacrifice) that come from the Buddhist and Christian traditions that surround them. One thing that is true is that faith is essential for the people’s sanity and survival.

Perhaps in our world of the 21st century we who come from the industrialized world are returning to the experience of dependency – an experience well known to those in the time that the scriptures were written and today in the less industrialized world. Our current economic systems do not provide security for most, even well educated people. But have we “grown” in faith? And what does our faith require of us now?  Science has developed to such a degree that counting the stars of the sky is more possible than it once was – but do these new discoveries deepen our faith?  The more we learn, the more we realize that there is so much we don’t know.

God’s promise to the people through Abraham about 16 centuries before the birth of Christ was clear. Abraham would have many descendants and inherit land. But with this promise came God’s covenant – as humans we must follow God’s way. But how do we know God’s way in our confusing world filled with situations of poverty, violence, war, greed? On this second Sunday of Lent, Psalm 27 reminds us: “the Lord is my light and my salvation.”  And Paul’s message from prison reminds the new Christians of the first century that we must “stand firm in the Lord in this way…” And that way involves following Christ, whose “way” led to his crucifixion.

Having lived among us, Jesus knows that we humans need reassurances at times, and James and John are encouraged and enthusiastic when they witnessed the vision of Jesus in full radiance with Moses and Elijah. Even though they had been asleep instead of staying awake to pray with him, when they awoke they knew that they bore witness to God’s revelation throughout the history of their faith – and they wanted to mark the occasion by building some kind of temple to enshrine this revelation! As the gospel of Luke unfolds, however, James and John awake to the fact that to really live the life of Jesus in our culture and world will surely bring suffering – as it did for Jesus. If we try to live “as Jesus did” we (and others) discover God’s Spirit in our everyday lives in so many ways.

Sometimes we have transfigurations experiences and don’t recognize them. Last year we helped to start a small support program in a parish for people living with HIV and AIDS in Myanmar. Ten people came by special invitation and were very wary when they met each other. Some had known each other in their parish, but didn’t know they were HIV positive. The group struggled to accept each other and themselves, and they learned to be more open with each other. They learned about each other’s experiences with HIV and AIDS, their feelings about being rejected and ostracized, and not being able to support themselves, get medicines or even basic food. In the meantime they also had the opportunity to learn more about HIV and AIDS, and met other organized groups.

This past Christmas this group (who named themselves “Guiding Star”) came to our house to sing Christmas carols for us. They are now about 30 people, young and old, men and women; they openly display their red AIDS ribbons and have become strong in their resolve to educate others and to support one another. They were so alive - with obvious new life.

Yes, each of them have suffered and will continue to suffer. But now they have discovered a meaning for their lives and are learning to help each other. Their faith traditions are Catholic, Baptist, Buddhist, Muslim and animist. They are Burmese and from various ethnic groups and are achieving a unity that the rest of the country is still working toward. They have all bonded with this painful experience facilitated by compassion and friendship which is opening them to new life.

Jesus is transfigured among all of us in so many ways. Day by day as we try to live for others as Jesus did, we understand a bit more fully the meaning of Jesus’s life, death and resurrection.