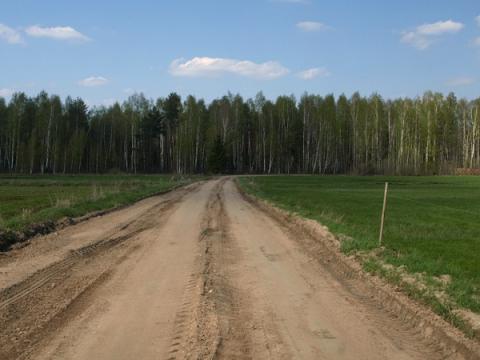 The following reflection was written by former lay missioner Heidi Cerneka (Brazil); it is slightly edited from the version available in A Maryknoll Liturgical Year: Reflections on the Readings for Year B, available from Orbis Books.

Security is an interesting thing these days. When I was living and working in Brazil, I often wondered, “Do we have security? In what lies our security?” Brazilians spend more today on private security than people who live in Colombia, a country wracked by civil war. Cars have bullet-proof windows; houses have protection bars on the windows; neighborhoods pay someone to watch their streets at night; some people even have their own private security personnel for their homes or their persons.

This new millennium is where we seem to learn this lesson over and over, starting with the destruction of the World Trade Centers in New York, and moving through Hurricane Katrina and the thousands of people who lost their homes in New Orleans, on to the financial crisis and tragedy of 2008, then Superstorm Sandy on the East Coast. And that was just in the United States.

In Brazil, in connection with the bishops’ Lenten campaign, members of the Catholic social pastoral movement gave many workshops in communities and even in state events about public security and how to build it. The campaign’s theme was public security and safety, but the subtitle was “peace is the fruit of justice.” In other words, without justice, as Pope Paul VI said, there will be no peace. As citizens of any country, we have the right to security.

I worked with imprisoned women in Brazil and visited regularly a few prisons in Sáo Paulo, including one that holds 2,700 women. Daily I heard stories that are much more about justice than crime. Ana Maria was in prison because she was being threatened with eviction from her tiny shack that she shared with her four children. In an act of desperation, she accepted an offer to carry drugs from one place to another for $50. Was she a criminal? No. Did that make her action correct? Not by the law. However – as Pope Paul VI said, if we had economic justice in our world – would Ana Maria have carried drugs? Probably not.

Jesus sent out his apostles to expel unclean spirits. We can have a whole discussion about what might be some of the “unclean spirits” of today. However, that is not the crux of his message, I believe. Jesus did not tell his apostles to walk only during the day (and we know Bible stories about robbers, murderers, and foreigners being attacked because they were not welcomed in strange lands, so we cannot suggest that there was no risk in their time); Jesus did not tell his apostles to go armed for protection; to take their bank cards in case they needed to stay at an inn, or needed money. He said, “Take nothing for your journey.” Trust was his message. “If you believe that what you are doing is right and you are following me and my call, then trust.”

However, we must remember, that Jesus also did not say, “Stay at home, live right, take care of your family and trust in me.” He calls us to go out – in communities, in teams (they were sent out in twos) and preach repentance, and work for peace and justice. The Christian call is to build the reign of God right here on earth. All of us. Period. Look at Amos in the first reading. He says, “I am a herdsman, and a dresser of sycamore trees… and the Lord took me from following the flock and…said to me, “Go prophesy to my people Israel.” (Amos 7:15)

Are we all called to leave everything behind but the clothes on our backs, with not even an extra pair of shoes? (What if it rains?) Probably not. But what I hear Jesus saying is “get out of your comfort zone and be a neighbor. Get involved with your neighbors, and your brothers and sisters.” I believe that each of us can do that – we need to listen in prayer and to our community members and loved ones to know what God is calling us to do. I imagine that Amos’ first response to being called from his sheep to go prophecy was “Huh??”