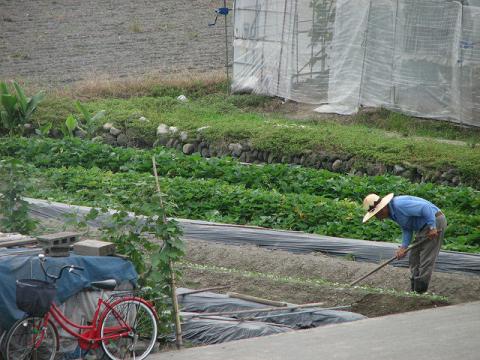 Maryknoll Father Lo Xuan Dam, who lives and works in Japan, reflects on being open to “messy” situations and to God’s mercy.

The people of Japan are not known for spontaneity. Everything they do seems to follow a strict schedule in some established playbook. Perhaps that's how they manage to keep the country – even in the inner cities – so clean and orderly.

Take, for example, how they handle garbage. They carefully separate trash into different categories, with each one put out for collection on its own assigned day of the week; all of which takes quite a while for most new comers to learn.

From the viewpoint of such a disciplined Japanese person, the sower in the parable told by Jesus in today's Gospel could be seen as a fool. Seeds are simply too valuable to be wasted on any kind of terrain. One should only sow them on soil that promises a harvest. But the sower in the parable spreads them everywhere – on trodden paths, rocky ground, thorny patches, even on uneven fertile ground.

What is fertile ground, not in agricultural terms but spiritually speaking? Many people wonder why Christianity – except for a brief period in the 16th and 17th centuries – has failed to take root in Japan. A variety of theories have been offered.

Personally, I suspect that the "abhorrence of messiness" has played a role. The Japanese people may intuitively feel that Christianity's God is a "messy God."

I have heard a Japanese friend say, "Look at the Catholic countries like the Philippines or those in Latin America. How messy are they!"

Some prominent people in Japan have been known to say, "Japan doesn't need Christianity. We have our morality, our culture, our religiosity, which are not inferior to yours."

Yet, Japan is facing a decline, as the population ages. Traditional thinking is hindering the Japanese people from addressing this problem. They know that they need migrant workers to keep the economy going, but the majority of people do not want to see a large scale increase of immigration.

In fact, import of laborers from poorer countries has surged in recent years. But only highly skilled professionals qualify for renewable visas, and eventually, permanent residency or citizenship, whereas low-skilled workers –the vast majority of migrants in Japan – do not.

The message is "we welcome the bright and the strong, but not the poor and the weak."

Ayako Sono, a famed Japanese writer, made a stir last year when she called for "voluntary racial segregation" between “true” Japanese and new immigrants, and advocated for separate neighborhoods. This year, she made headlines again when she lamented the fact that many Japanese live long lives and, in her view, become a burden on society. I am embarrassed to say that Sono is Catholic.

Fortunately, most Catholics in Japan do not share Ayako Sono’s views. In fact, many Japanese Catholics help migrants in their neighborhoods and in their churches. The Catholic Church in Japan, as an institution, is in the vanguard of voices which support migrants and immigrants. The future of the country, in general, and of the Church, in particular, would be bleak without them.

The "messy God" is the "God of mercy." Instead of rejecting migrants out of fear of things that are “messy,” God calls us to be transformed by mercy –and welcome the stranger.

Photo: A farm in Osaka Prefecture, Japan. Photo by Sean/Flickr.