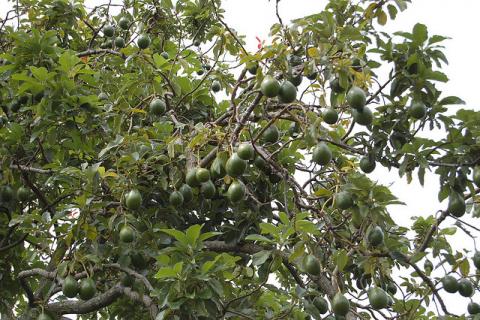 Former lay missioner Barb Fraser served in Peru; she wrote the following reflection, which was published in A Maryknoll Liturgical Year: Reflections on the Readings for Year B, available from Orbis Books.

Cedars, palms and mustard bushes – today’s reading are full of images of trees, from tiny shoots to mature trees in a courtyard, as the psalm describes, where people can enjoy their fruit. Not only do the images evoke the beauty of God’s creation, but they also remind us of how much we depend on it for sustenance.

Around the world, millions of people depend on forests for their livelihoods. The fronds of palm trees provide thatch for their roofs. Fruits and nuts vary from season to season, yielding a steady supply of food for people and animals. And the forests are filled with plants that people use for medicine when it may take several days to travel to the nearest health center.

Don Segundo is one of those people. He has lived all his life in the Peruvian Amazon, and at age sixty-four he knows the forest as well as residents of New York or any other big city know their neighborhoods. As he climbs up and down the muddy hills, he stops to pick some avocados and share them with visitors.

Decades ago, people planted these trees so they would have something to eat when they came to work in the forest. Now he enjoys the other fruits of their labor. In an especially good year, he gathers the surplus to sell in a nearby market. As he walks, he also points out medicinal plants. One is used to treat liver ailments, he says. Another will calm a child who is having a tantrum.

Interspersed with the trees are small areas that Don Segundo has cleared to plant corn or rice to feed his family. After a couple of years, he lets the land go fallow so it can “rest” and the woods can grow up again, the way forest dwellers have done for generations. Over the years he has also planted trees like mahogany and cedar, which are prized for their timber. They grow so slowly that he knows he will not live to see them harvested, but they will provide his children and grandchildren with a livelihood.

Don Segundo knows that if his family must live in harmony with the forest, so that it can continue to meet their needs for food and shelter while providing a home for birds and wild animals. He cannot bend the forest to his will. He understands the words of today’s Gospel: of its own accord, God’s Creation yields its fruit. But he also knows that he, like all of us, must be care for that creation.

But those images of the high tree brought low and the green tree withering also remind us of the risks to God’s Creation today. Don Segundo and his neighbors know that as the climate changes, the forests around them could dry and wither. Pope Francis reminded us of that shortly after his election, when he visited Brazil – the country with the largest expanse of Amazon forest – for World Youth Day.

Speaking of the Amazon basin, he called for “respect and protection of the entire creation which God has entrusted” to men and women, “not so that it be indiscriminately exploited, but rather made into a garden.” The church, he said, must have an “Amazon face.” It must not be like “someone with bags packed and ready to leave after having exploited everything possible."

Many of the people who live in the Amazon are like the lowly trees – small farmers, indigenous people, rubber tappers, people who have learned to dwell with God in Creation, making a modest living and caring for the forest that sustains them. They face many threats to their way of life – from ranchers and loggers who force them off their land, from mining and oil companies, and from a changing climate that could dry the forests and diminish water supplies. These people and the church workers who stand with them also face threats to their lives. Sister Dorothy Stang, SND was martyred in Brazil when she stood up for small farmers against big ranchers who were trying to seize their land.

We can stand in solidarity with them, too – in prayer and in our own care for Creation. As today’s readings reminds us, “We walk by faith and not by sight,” trusting in the just and loving God who created this world, our God, our rock, in whom there is no wrong.