Easter Sunday, Feast of the Resurrection 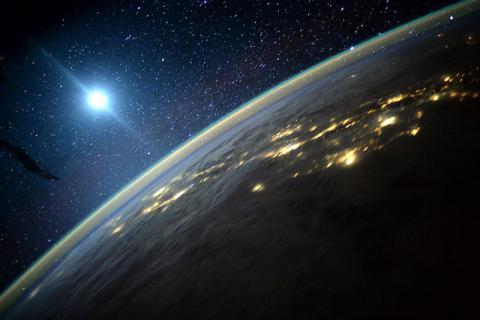 Some years ago in the Holy Land, before the separation wall was erected between Jerusalem and Bethlehem, an elderly pilgrim from the U.S. named Maria boarded a bus crowded mainly with Muslim men heading from Jerusalem to Bethlehem; she took the only remaining seat. A few stops later a very young Palestinian couple boarded; the woman was carrying a tiny baby and she herself looked very tired. Since there were no seats available, and it seemed that no one else among the mainly Palestinian men was going to offer a seat, the pilgrim woman, older by far than any of the male passengers, offered her seat to the young mother and baby. A few minutes passed and then one of the men pulled on the pilgrim’s sleeve and offered her his seat.

After stepping off the bus in Bethlehem, a young Muslim woman in full white purdah (a veil covered all but her eyes) ran up behind Maria to thank her for her kindness on the bus and for the good example to her older Muslim brothers. The young woman’s name was Miriam. Both Maria -- by her offering her seat -- and Miriam -- initiating a conversation with a foreigner -- dismantled separation barriers.

Today we celebrate the Resurrection of Jesus the Christ and not the resuscitation of Jesus of Nazareth. Jesus did not “come back from the dead” like his friend, Lazarus, but rose to the fullness of life in the Glory of God…and so have we, not in the future but now. And so has every woman and man, every creature on the earth and the cosmos itself. We believe that our Loving Mystery God always reveals self in unending creation, all inclusive incarnation, and Resurrection not limited by time, gender, culture, race or other expressions of human exclusiveness. In Christ we all live or no one of us live at all!

In the Resurrection of Jesus hope was reborn, life lost its finality and death died. The stone separation barrier has been rolled away from the entrance to the tomb; restrictive bindings are left behind neatly folded; bonds of separation and division are broken to be replaced by creative diversity. The solidarity of both/and has replaced the competing either/or dualities of female/male, old/young, human/creature, poor/rich, black/white, believer/non-believer and all the other dualities established to give domination to some and dependency to most. The Resurrection of the One means that there are no “separation barriers” between the Loving creating God and the loved creatures revealing that God.

Mary Magdalene was the first to proclaim: “I have seen the Lord.” Some believed her; many did not. Those who did continued the mission of Jesus to live and reveal the “upside-down” Kingdom of God where the servant leads, where the first shall be last, where forgiveness replaces revenge, where compassion overcomes conquest, where the ever-expanding solidarity of the “we” transforms the fearful individualism of the “me.”

To believe in the Resurrection of Jesus is to reveal that belief in our words and actions. Our neighbors seeing and responding to our efforts to live the mission of Jesus are in fact “seeing the Lord” in the here and now, in the living revelation of our Loving ever revealing, creating Mystery God. To believe in the Resurrection is to be aware that God’s revelation is not restricted by any “separation barriers” built by our religions, dogmas, customs and ideologies. We believe that there is no division, barrier, wall between Creator and Creature, that the Incarnation means God with us, that in Christ we all rose to new life. We like the first disciples are called to fold the garments of fear and doubt with love as witnesses that God lives among us now and always.

With and in the Resurrected Jesus Christ we are empowered “to see the Lord” incarnate in every person, every creature, and in the earth itself. And we are missioned to reveal the same Resurrected Christ in our words, actions and love. Let us struggle to roll away the stone walls of division and fold the burial garments which blind us.

Photo: Earth seen from International Space Station on September 5, 2015 by Astronaut Scott Kelly, shared by Flickr/NASAJohnson and licensed in the creative commons 2.0.