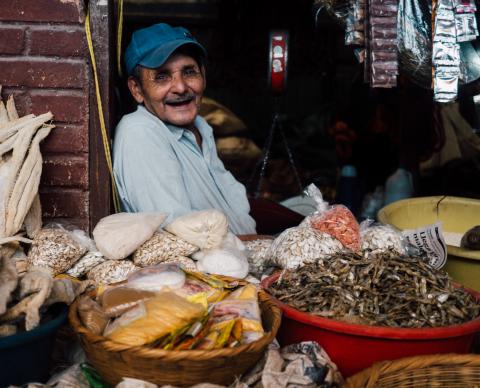 I have heard people use parts of Scripture like today’s Gospel to describe a terrible End Times doctrine which portrays a future of great suffering and destruction of Earth. Some have even used these ideas to explain and support wars in the Middle East, saying that if these wars help to bring Jesus back more quickly (by fulfilling the End Time prophecies), they may actually be good. This is a dangerous misreading of the Bible. Today’s readings show that we should not be passively waiting for the end of Earth, but be actively working to help bring about God’s kingdom … “on earth as it is in heaven.” (Matthew 6:10)

In each of the synoptic Gospels, Jesus is portrayed as predicting that this destruction will happen soon. “Truly I tell you, this generation will not pass away until all things have taken place.” (Luke 21:32) Clearly, almost 2,000 years later, we have to acknowledge that this statement cannot be interpreted literally. Yet throughout those two millennia, groups of Christians have withdrawn from society in expectation of the immediate coming of Jesus. Over 10 years ago at the turn of the millennium, numerous groups thought the end was coming, and again in 2012, some thought the same thing due to the end of a long cycle in the Mayan calendar.

Our goals are also clearly spelled out in Matthew’s description of final judgment: Those who feed the hungry, give drink to the thirsty, clothe the naked, invite the stranger, and visit those who are sick or in prison will be chosen. (Matthew 25:34-36) By serving those who face the greatest difficulties, we create a loving community, a New Earth, where all people are able to have dignified work to support their own sustenance, where no one is excluded. This is the important work that Jesus has called us to do, not to wait idly for Jesus to return.