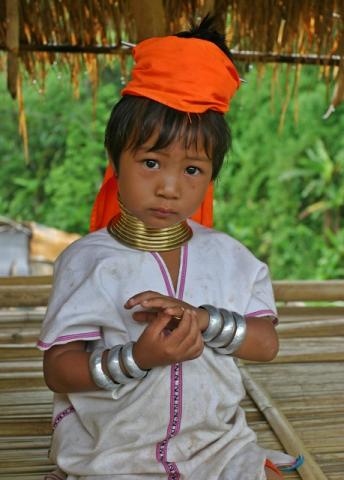 The following reflection, prepared by Cecelia Aguilar Ortiz who served as a lay missioner in Thailand, can be found in A Maryknoll Liturgical Year -- Reflections on the Readings for Year A.

Today’s Gospel reading is filled with much drama. We see Pharisees and Herodians, unlikely political bedfellows, set out to trap Jesus (with flattery no less) over the question of taxes. The issue of taxes was no small matter. The Jewish community, weighed down by the oppression of the Roman Empire and its system of taxation had experienced ongoing calls for revolution by the Zealots, the nationalists of the day. The Pharisees and Herodians on one hand, and the crowds following Jesus on the other, want to know where Jesus stands on this issue: submit to Rome or challenge Rome’s authority? By asking his adversaries to produce the very coin used to pay the tax, Jesus reveals their hypocrisy in carrying such a coin into the temple. But Jesus’ final statement, “Give therefore to the emperor the things that are the emperor’s, and to God the things that are God’s,” leaves them astounded as they walk away.

It is the phrase “[Give] to God the things that are God’s” that brings this debate to a whole new level. Jesus and his followers know “the earth is the Lord’s and all is in it.” (Psalm 24:1) This is not about an easy separation between religion and politics. This is about understanding the right relationship between God and all of creation. Everything is of God and we are called to live in such a way that honors this profound truth.

This view of God and the whole of creation is common among the indigenous people who reside in the mountainous areas across Southeast Asia. The Karen people are one of the many groups of indigenous or “hilltribe” people (as they are called in Thailand) who for centuries have subsisted on the land, especially the mountainous, forested areas. Although the majority of the Karen people reside in Burma, over 300,000 Karen live in parts of northern and western Thailand.

In Thailand, the hilltribe people are considered “backward” for maintaining their traditional ways and are accused of destroying the forest through the use of “slash and burn” farming methods. In reality, the Karen have promoted sustainable agricultural practices that honor and protect the diversity of the ecological system in which they live. If you look at any map of Thailand, you will see that the most pristine forest remaining is located in the areas traditionally populated by the Karen people. After almost a century of rapid industrial development and a switch from subsistence farming to large scale agricultural production for export, over 80 percent of Thailand’s forests have been destroyed. This model of development which uses up the earth’s natural resources for economic gain is in direct contradiction to the traditional ways of the Karen.

In the Karen worldview, God, the human person/community, and nature are all intrinsically connected and interdependent. They believe that as long as people live in harmony with each other and nature, God will provide everything they need, particularly a good harvest. The Karen depend on the forest for their livelihood. Rice is their “daily bread” and the cultivation of rice is a sacred practice. The Karen practice a type of rotational farming in which an area of land is cultivated and then left to lay fallow for seven years. This method does not deplete the land of its nutrients and allows for regeneration of the forest as the community moves from one space to another from year to year. This farming method requires large land areas in order to provide enough food for the community and to allow the land to regenerate. This has created conflict between the Karen and government forestry officials who want to “preserve” the forest by displacing the indigenous communities and converting the area to national parks, which unfortunately have been poorly managed, leading to ongoing deforestation and misuse of the protected lands.

For decades, leaders from the Karen community and other hilltribe groups have been creating networks to help each other preserve and support their traditional ways of living off the land. With rice as a bond and a common world view which understands what it means “to give back to God what is God’s” these communities are using their local wisdom to protect their environment and to dialogue with the government about their traditional methods. They are teaching their children to respect their heritage and to find ways to engage in the mainstream society without losing their customs and traditions.

Jesus’ message in today’s gospel of living in right relationship with God and all of creation is being handed down by the Karen community from generation to generation in the midst of great adversity. It is also reiterated by Pope Benedict in his 2010 World Day of Peace message, “If you want to cultivate peace, protect creation.” In it he states, “The quest for peace by people of good will surely would become easier if all acknowledge the indivisible relationship between God, human and the whole of creation.” This truly is the challenge of our times.

Photo of a young Kayan (or Padaung) hilltribe girl from Myanmar by David Iliff. License: CC-BY-SA 3.0. Taken at a refugee camp in Northern Thailand.