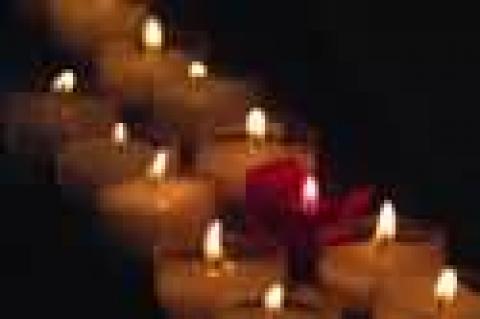 The following reflection, prepared by Fr. Dennis Moorman, a Maryknoll priest serving in Brazil, can be found in A Maryknoll Liturgical Year -- Reflections on the Readings for Year A.

The prophet Isaiah presents a celestial vision of salvation where God prepares a rich banquet for all peoples where death will be destroyed forever and the tears and shame of the suffering peoples will be wiped away for good. As Christians, when we pray the great prayer which Jesus taught us, we say, “Thy kingdom come, thy will be done, on earth as it is in heaven.” This phrase sums up our work as Christians: to make this vision of heaven a reality here on earth.

While working in Brazil as a missioner, I had a special pastoral outreach to sexual and gender minorities. One night as we were attending a workshop on human rights, one of the young transgendered persons who had been expected to participate did not show up. The next morning we found out why. The battered body of Mauro was found thrown away like trash in a darkened alley. Mauro was such a gentle soul who would never hurt anyone. Nobody could figure out why someone would make such a brutal attack on such a kind and peaceful person. Even more disturbing was that a giant cross was carved into Mauro’s thorax and neck, seemingly justifying the killing for some sort of religious reason.

Ironically, this violent act motivated the sexual and gender minority communities to come together and organize themselves to demand respect for their human rights. Oftentimes, when they would go to the police to report a crime, they would be heckled and abused by the very police officers that were supposed to be equally protecting all citizens. As a result of their organized efforts in response to Mauro’s violent death, a special office at the police station was opened to receive sexual and gender minorities who had their human rights violated. All police officers working in this office had special sensitivity training to assure that anyone entering this office would feel safe and protected.

When I preached at Mauro’s Mass of Resurrection, I tried to make sense of the crosses that were found carved into Mauro’s body. I said that by no means does this symbol of the cross indicate that our Christian faith justifies such violence for any reason. But rather, the cross which was carved on Mauro’s body served as a sign that Jesus Christ is still suffering today in the broken and battered bodies of our brothers and sisters who undergo violence due to their sexual orientation and gender identification. For us Christians, the cross is a sign of hope amidst great suffering. And the hope that came from Mauro’s terrible death was the masses of people uniting in outrage and working to make their community a more accepting place for those who are different than the majority and who often suffer violence because of it.

In today’s gospel from Matthew, Jesus tells a parable to the religious authorities where he compares the kingdom of heaven to a king who threw a great wedding feast for his son and sent out invitations for people to attend. An interesting twist in the story comes when the king notices a guest attending the feast who was not wearing a wedding garment. In anger, the king has this disrespectful guest thrown out. The lack of a wedding garment indicates the hypocrisy of the guest who came to the feast with the wrong intentions. Church should be a place where all peoples are welcomed, but unfortunately, many people often feel excluded by a hypocritical church.

What would our church and world look like, if we truly learned to accept and celebrate the beauty of diversity, rather than judge and condemn others who are different than the majority? The prophet Isaiah describes this heavenly vision as “a feast of rich food, a feast of well-aged wines, of rich food filled with marrow, of well-aged wines strained clear.” How delicious, sensuous and joyous! This is what the kingdom of heaven is like! To enter the feast, we have only to accept the invitation with a pure intention, void of any hypocrisy.