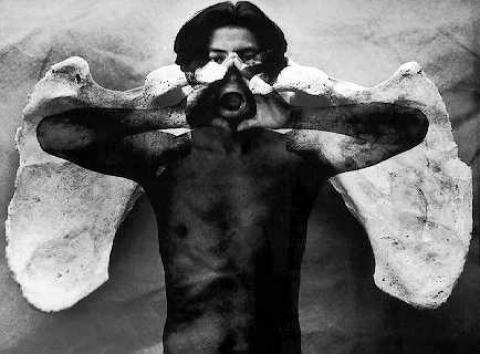 While a lot has happened since 1996 when I left Guatemala, the lament from Habakkuk, “how long shall I cry for help,” remains on the lips of many Guatemalans still struggling to see justice prevail in their tiny country. One of the latest heartbreaking incidents was the murder of two children (aged 9 and 13) most likely at the hands of people trying to threaten indigenous activists who have protested against development projects that exploit the natural resources in their community.

I returned to Guatemala two years after I had left to celebrate the release of the Recovery of Historical Memory (REMHI) Project report, Nunca Más (Never Again), which documented human rights abuses endured by primarily indigenous people during the country’s 36 years of civil war. The jubilation of people was palpable as they rejoiced in a spirit of God-given power to declare their truth. Unfortunately, just one day later, the powers that control a lot of the wealth and politics of Guatemala silenced this celebration by murdering Bishop Juan Gerardi, who had overseen the historical memory project.

Though fear and darkness followed in the years after this blatant disregard for justice, today Guatemalan people continue to speak out to defend their rights to determine the fate of their own natural resources, to decide how their country develops, and to participate in the political processes of their country. This past August, a member of the community of Monte Olivo was doing just that when he traveled to Cobán to file a report with the Special Rapporteur on the Rights of Indigenous Peoples from the Organization of American States’ Inter-American Commission on Human Rights (IACHR). The IACHR special rapporteur happened to be in Guatemala at that time to gather information about the human rights situation of indigenous peoples, with special focus on their lands, territories, and natural resources, and the right to prior, free and informed consultation. [Read about this issue in the September-October 2013 NewsNotes.]

The Monte Olivo community member went to inform the rapporteur that the community had been left out of the decision to build a hydroelectric plant and that community members were protesting its development due to the ecological damage it would cause. While he was in Cobán the alleged perpetrators had visited his home. When they learned he was with the rapporteur in Cobán they shot and wounded the children while they played marbles. The children died two days later in the Cobán hospital.

This incident is emblematic of the ways in which any protests are put down in today’s Guatemala. Throughout the country, when indigenous people raise their voice about how their communities are destroyed by development and extractive industry projects for which they have not been consulted, they often are met with violent resistance from the Guatemalan government.

Because of its perfect climate and flowering trees that bloom all year round, Guatemala is known as the land of eternal spring. But generations of people throughout the country know no other life than one of eternal oppression and cruelty. When I think of the spirit of Guatemalans who continue to stand up for their rights in spite of the brutal and violent ways that they have been put down, I believe that they must have the faith that Jesus challenged the apostles to adopt in today’s reading from Luke. Jesus said that even with faith the size of a mustard seed, they could say to the mulberry tree, “Be uprooted and planted in the sea.”

Photo, "Para que todos lo sepan" (So that all shall know) by Daniel Hernández