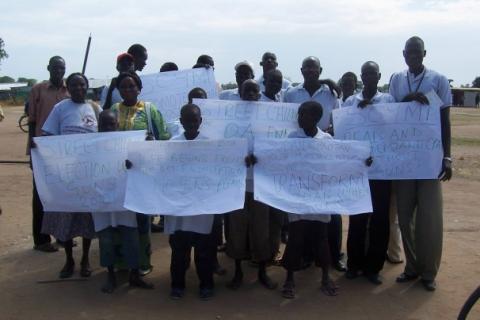 “Who will entrust to you the true riches” (Luke 16: 11b)? With these very words Jesus is challenging each one of us to be open to the other be it neighbor, relative, fellow employee or even someone of another religion, ethnic group or culture. Once we can say yes to this challenge of Jesus then we can experience an open door to understanding and even experiencing what the Kingdom of God is all about.

The manager in today’s gospel from Luke finds his secure life about to be snatched away from him and come to an end. As he foresees that he will no longer be able to maintain the comfortable lifestyle to which he had become accustomed, fear enters. He chooses to protect his own self interests, by once again deceiving the rich man. His future security then depends on the relationships which he had built with the master’s debtors. In other words, in order to live his life in peace, he had to adjust his life such that his master’s debtors would trust him.

When we experience a lack of trust we live with uncertainty and even, at times, fear. In many nations where there are distinctions and divisions among religious and ethnic groups there is a lack of trust. This is surely not what God’s Kingdom is about. Trust, on the other hand, leads to peace and harmony.

My own experience living for more than 10 years in what is now South Sudan has revealed to me a deep reality of living with trust and without it – especially between Muslims and non-Muslims. Often the trust that Jesus speaks about in the parable is found on the individual level or among members of smaller groups. It can begin with common courtesies like a greeting, a sign of respect, or an offer of some water to quench one’s thirst and go forward from there developing into a true friendship in which there is understanding and dialogue. This is what Jesus’ means when he says “if you can trust a person in little things, you can trust that person in greater.”

In cases where there is little or no trust then there is the chance of creating enemies – very often leading to great fear and harm to others. The relationship of distrust between two persons or groups of people is against God’s plan of creation. We were not created to oppose or oppress others but to live in harmony, and this is only possible when there is trust.

The debtors in today’s gospel seem to have trusted the manager and in the end even the rich man commended him. Is this to say that we should deceive others in order to protect our own self-interests? No one likes to be deceived or made to look like a fool. We are better suited to be totally honest with ourselves and to live everyday in peace and harmony with others. The manager surely had a just and understanding side to him, yet it was only when he was threatened that he allowed it to surface and positively influence his relationships – not only with the debtors but with the rich man as well.

In January 2011 the people of South Sudan voted in a referendum to decide if they want to become an independent nation. This referendum was part of an agreement signed in 2006 between the Government of Sudan and the Sudan People’s Liberation Movement effectively ending the 22 years of war and conflict which cost the lives of over two million people. Also in the agreement was an understanding that north and south would share resources and integrate civil services. This was not really the case. Like in our gospel today, before the elections the ruling government of the north made small attempts to be more attentive to the situation and needs of the people of the south only in order to win their approval by providing some services which had always been their right, but not freely given. In a sense it is not unlike the manager of today’s gospel who gave the debtors reward in order to win their approval. In the case of Sudan, the level of trust desired by the government of Khartoum came too late because in the 2011 referendum, the south decided to secede from the north creating the country of South Sudan.

St. Paul in his letter to Timothy urges that petitions, prayers and intercessions be offered for those in authority so that “we may live a quiet and peaceable life in all godliness and dignity,” and God is pleased with this. Let us keep in mind and prayer the people of South Sudan and its leaders so that there be a truly peaceful and trust-filled and lasting resolution to this conflict, such that in this moment in their history they may know that the Reign of God is made even more manifest in our world.