Support the Justice for Shireen Act 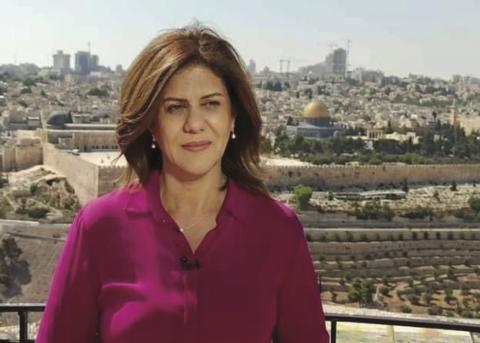 The following article was published in the September-October 2022 issue of NewsNotes.

August 19 marked 100 days since the killing of Palestinian-American journalist Shireen Abu-Akleh. Shireen was wearing a flak jacket with the word PRESS clearly marked when she was shot and killed while reporting on an Israeli military operation in the West Bank city of Jenin. She was an American citizen, but so far the U.S. government has made no effort to identify and hold anyone accountable for her killing.

On July 28, U.S. Rep. André Carson of Indiana announced that he would introduce the Justice for Shireen Act which will require the U.S. government to determine who killed her and whether U.S. assistance was used, and to make that information public.

Faith in action: Ask Congress to support the Justice for Shireen Act. https://bit.ly/Justice4ShireenAct