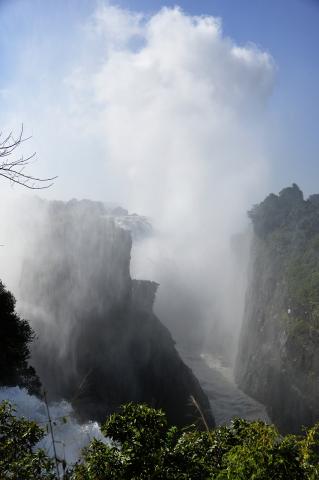 Laudato Si’ and the new economy: More than 900 people from 42 states and 22 countries met at the CommonBound conference in Buffalo, New York in July. Chloe Schwabe and Dave Kane of the Maryknoll Office for Global Concerns attended.

Nonviolence & Just Peace: Lessons from local level: Gerry Lee, director of the Maryknoll Office for Global Concerns, wrote the following reflection for the Nonviolence and Justice Peace Conference in Rome in April.

Zimbabwe: Possible tipping point: The following reflection on the growing protest demonstrations in Zimbabwe was written by Maryknoll Sister Janice McLaughlin, former president of the Maryknoll Sisters and a longtime missioner in Zimbabwe.

South Sudan: Peacemaking efforts by the Church: The following article examines what is needed to make peace in South Sudan, according to the South Sudan Council of Churches.

Cambodia: The World Bank and human rights: The following article examines the controversial decision by the World Bank to resume loans to Cambodia after a five-year moratorium despite a dramatic increase in human rights abuses in recent months.

Philippines: Extrajudicial killings: The following article reports on the response by Catholic religious leaders in the Philippines to the approximately 2,000 suspected drug dealers and users who have been killed by police and vigilantes since President Rodrigo Duterte took office in the Philippines on June 30.

Peru: Indigenous peoples assert land, resource rights: The following article on the effects of trade agreements on an indigenous community in Peru was written by Alfonso Buzzo, Peace Fellow with the Maryknoll Office for Global Concerns.

Israel/Palestine: Water crisis: The following article examines the root causes of the devastating water crisis affecting Palestinians in Gaza and the West Bank.

Israel/Palestine: Economics and peacemaking: In August, twelve religious and faith-based organizations signed the statement “Employing Economic Measures as Nonviolent Tools for Justice in the Israeli-Palestinian Context.”

UN: Children and armed conflict: The following article examines the response by the United Nations to the increasing number and growing intensity of armed conflicts that have rendered parts of the world unsafe for children.

Human Rights: World Bank safeguards fall short: The World Bank approved a new policy framework in August that is void of language that would require the Bank to respect human rights throughout its operations and weakens core environmental and social protections for affected communities and the environment.