Peru: Calling for Respect for Life in Conflict 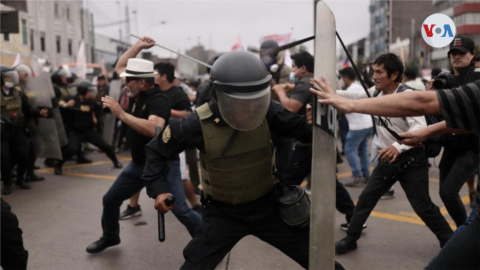 Several dozen Peruvians have lost their lives and hundreds have been injured in the unrest following a rapid succession of power shifts at the presidential level at the end of 2022. This article previously appeared on our website in late December and is presented here with a January update.

On December 7th, facing possible impeachment, President Pedro Castillo dissolved Congress and declared a government of exception, only to be impeached and jailed within hours. His vice president Dina Boluarte was sworn in as Peru’s first female president, but her leadership was quickly shaken by widespread protest clamoring for new elections, echoing the sentiments of 83% of the population.

When her promises to move presidential elections to December 2023 failed to calm the unrest, she declared a state of emergency on December 14, banning the right to assembly and unleashing a violent response against protesters by Peruvian security forces.

In the tragic wake of this repression Maryknoll Fr. Mike Briggs, who serves in the capitol city Lima, expressed his concern: “As of this morning [December 20, 2022] 26 people have been killed in the country during the protests of the last week (some only teenagers). We are hoping that there be no further loss of life and that the government listens to the people.”

“We reject the state of emergency declared by the government, since this measure does not resolve the demands of the Peruvian people who took to the streets to protest, nor does it contribute to finding a solution to the political-social situation, and on the contrary encourages the continuity of social mobilization and the consequent police and military repression, exacerbating the current national crisis. We regret the deaths of young people in the context of protests in the southern Andes region, and we hold the government of Dina Boluarte, the Ministers of the Interior and Defense, responsible for their political decisions to act by repressing the population with the use of lethal weapons, committing murders and serious injuries.”

While the Christmas holiday brought a measure of calm, protests were gearing up at the beginning of January, especially in the south. Facing outrage from the protester’s deaths, Boluarte promised to investigate, but has taken no responsibility.

Some in the country consider Castillo an ineffective leader who burned his democratic credentials by his recent actions. Others excuse his actions, noting that, from the moment he stepped into power, he was under attack by a Lima-centered political elite that has long blocked full political participation of indigenous and rural citizens such as Castillo.

In the face of unrest and uncertainty, the Social Action Commission of the Peruvian Bishop’s Conference (CEAS) has stated: “Let us move closer to peace and dialogue, in assuring no more deaths, and to achieving justice and reparations for the families.”

Photo of clash between protesters and police in Lima, Peru following the removal of President Pedro Castillo by Voice of America from WikiMedia