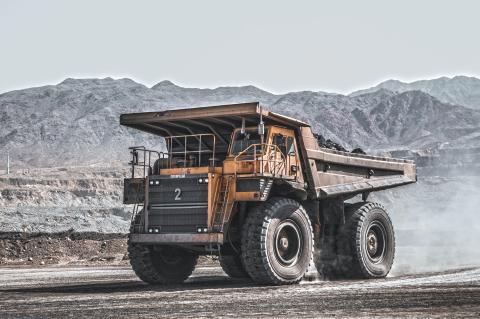 The U.S. government is considering how to respond to growing demand for critical minerals needed for renewable energy, especially given the environmental cost of mineral mining. The following article was published in the May-June 2022 edition of NewsNotes.

According to the International Energy Agency (IEA), the world is on track to double critical mineral mining by 2024. Critical minerals, such as lithium, copper, cobalt, and nickel, are essential components of computers and cell phones, in addition to batteries, solar panels and other materials necessary for the clean energy transition.

The IEA says that to achieve the goals of the 2015 UN Paris Climate Agreement, mining of these materials would have to increase four to six times current amounts.

As mining is an environmentally destructive process, the need for these materials presents a real environmental quandary as the world shifts to the low carbon energy future necessary to limit temperature rise. U.S. lawmakers and the Biden administration are weighing how to address some of the equity and justice issues involved in the growing demand for critical mineral mining.

The Biden administration released a plan in February 2022 called “Securing a Made in America Supply Chain for Critical Minerals.” A goal of this critical minerals plan is to facilitate more domestic critical minerals mining and processing. On March 31, the Biden administration took a further step by invoking the Defense Production Act to secure a more reliable supply chain for battery minerals, which includes domestic mining.

Currently, the majority of critical minerals and processing comes from China. South America, the Democratic Republic of Congo, and Australia also have vast quantities of these minerals. Both Republicans and Democrats are advocating for more domestic mining for the energy transition as a matter of “national security,” a comment mostly referring to China, but some analysts also highlight the business and security risks for U.S. mining companies abroad.

These same politicians also believe that the United States can mine in a more environmental and socially responsible manner than in other countries. Already, critical mineral mining is linked to conflict, trafficking and corruption in the DRC and water depletion and contamination in the Lithium triangle of Bolivia, Chile and Argentina.

Recent domestic mining projects suggest that their hope may be optimistic. U.S. copper mines in particular have been known for their severe toll on the environment, and mining on or near Native American land has been especially exploitative. In Arizona, the Apache Stronghold is fighting to protect their sacred site of Oak Flats from a copper mine.

In Nevada, ranchers and the Fort McDermitt Paiute and Shoshone Tribes are strongly opposing mining in Thacker Pass, the largest lithium reserve in the United States. In response to this, the Biden administration will likely prioritize importing lithium from other countries, although the toll on Indigenous communities and the environment in other lithium-heavy zones, such as South America, is well-documented.

Another injustice related to domestic critical mineral mining is unequal financial benefits. Still under effect, the 1872 mining law in the United States was enacted to increase expansion of White settlers across the United States. It gave anyone who found minerals on public lands the right to mine them freely. Under the law, corporations can mine without paying local, state, or federal royalties for the profit they and their shareholders make from the mine.

The United States is an outlier in not collecting mining royalties, as many governments depend on extractive industries royalties to power their economies. While some countries become too reliant on revenue from mining, mining revenues can also provide important funding for local communities. On April 26, Representative Grijalva (AZ) and Senator Heinrich (NM) introduced companion bills in the U.S. House and Senate to require companies to pay hardrock mining royalties. It would also put more responsibility on industry to pay for mine pollution, rather than taxpayers.

A new critical minerals report from the Department of the Interior offers “Principles for Responsible Mining” that seek to address past problems, reduce mining, and incorporate environmental justice into the process. As some examples, the proposed policies would require consultations and agreements with Native Americans and tribal governments and a more thorough permitting process to prevent social conflict. They would prohibit mining in areas that are environmentally fragile, sacred, or culturally significant. Mining reclamation programs to clean up old mining sites would be fully funded. The department would prioritize recycling, reuse, and repurposing of mine waste, reducing the need for mining.

While there is no denying that more mining will be necessary, these new principles are a step in the right direction to reduce unnecessary mining and the number of communities and ecosystems harmed by business-as-usual approaches. In addition, we can each do our part by reducing our energy use and moving away from what Pope Francis calls the “throwaway culture.”