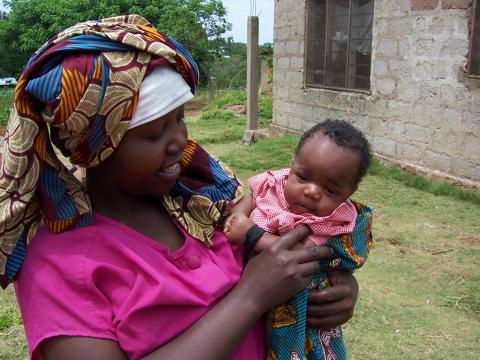 Connection Between Climate Disasters: An unusually extreme weather phenomenon originating in the Indian Ocean has contributed to several climate-related natural disasters around the world in the past year.

Papal Exhortation: “Querida Amazonia:" In his Exhortation in response to the Amazon Synod, Pope Francis calls for a “missionary Church.”

Philippines: Overcoming the Cycle of Poverty: The following commentary by Irish missionary priest Shay Cullen, SSC, was published by the Union of Catholic Asian News (UCAN) on February 14, 2020. A member of the Missionary Society of St. Columban, Father Cullen has worked to promote human rights and the rights of children, especially victims of sex abuse, in the Philippines for nearly 50 years.

Africa: Increasing Illegal Drug Trade:  Fr. Frank Breen, MM, attended a panel at the United Nations on the increasing trade and use of illicit drugs on the continent of Africa. The following is his summary of the new research presented at the event.

Joint Letter to Presidential Candidates:  On December 9, the Maryknoll Office for Global Concerns joined 31 other faith-based organizations and 70 faith leaders in issuing the following open letter to all the 2020 presidential candidates urging them to call for significant cuts to the nation's military budget and for a renewed investment in domestic programs, diplomacy, and peacebuilding.

UN Addresses Global Homelessness: In the following article, Sr. Marvie Misolas, MM, summarizes the 58th Session of the Commission on Social Development at the UN in New York.

Resources: Find resources for Lent, registration for Ecumenical Advocacy Days in April, material to prepare for Earth Day 2020, and much more.