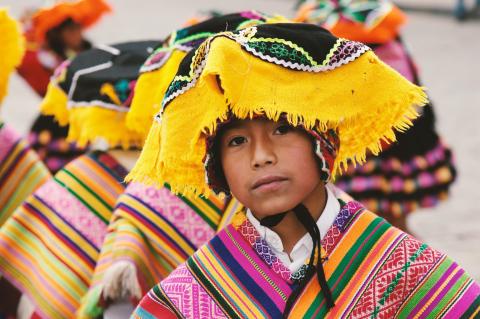 Read this issue as a PDF

Focus on Root Causes of Migration in Guatemala: During her visit to Guatemala in early June, Vice President Kamala Harris made comments regarding migration to the southern U.S. border that sparked controversy.

Global Access to Vaccines: The Maryknoll Office for Global Concerns joined a group of over 50 Catholic religious and nonprofit organizations in sending a letter urging President Biden to address global COVID-19 vaccine access at the G7 Summit in Cornwall, England in mid-June.

Call for Bishops Across Americas to Protect Migrants: Catholic organizations ask leaders of bishops’ conferences in the Americas to work together to protect migrants as deaths at the U.S.-Mexico border triple.

#FastForFreedom Citizenship Campaign: This June, the Maryknoll Office for Global Concerns joined Faith in Action and a coalition of faith-based partners in promoting the Fast for Freedom campaign, an interfaith fasting campaign to highlight the need for undocumented essential workers to be given a pathway to citizenship in the upcoming jobs and infrastructure bills in Congress

Child Labor and Girls’ Education in Tanzania: In honor of World Day Against Child Labor, Sr. Mary Vertucci, MM, describes her work at the Emusoi Centre in Tanzania as lifechanging for indigenous girls vulnerable to child marriage and exploitation.

Impacts of COVID-19 in East Africa: The International Organization for Migration reports on the challenges faced by migrants and forcibly displaced populations in the East and Horn of Africa due to COVID-19. The following summary and link to the full report are available at ReliefWeb.

Sustainable Transportation for the 21st Century: Shifting toward sustainable transportation will be necessary for combating global climate change. Climate scientists have ideas for making it happen.

Transforming the Fossil Fuel Industry: Climate advocates are finding success through shareholder advocacy and lawsuits to hold the fossil fuel industry accountable for its impact on the climate.

Updates on Israel-Palestine: The Maryknoll Office for Global Concerns, as a member of Churches for Middle East Peace, joined 100 national organizations in sending the following letter, excerpted here, to President Biden on June 8, 2021, asking him to halt new weapons sales to Israel.

Resources July-August 2021: Find resources on immigration policy, efforts to combat child labor, the intersections of COVID-19 recovery and climate action, and much more.